Turkey’s Koç to invest a record $1.4bn in automotive industry 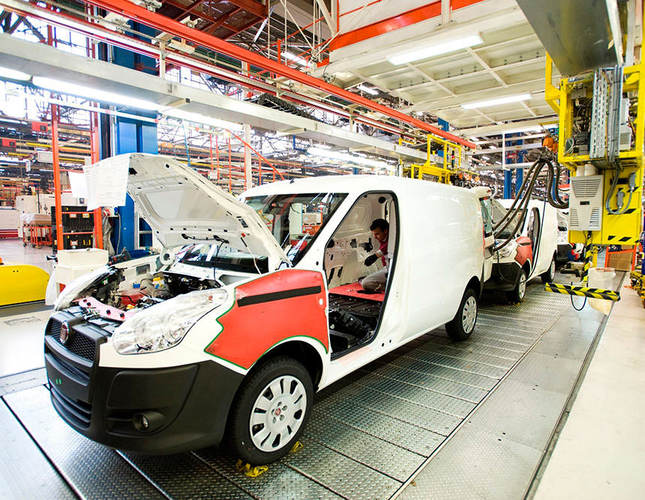 by daily sabah
Nov 07, 2014 12:00 am
Tofaş has announced that it aims to invest $520 million into the production of two new passenger cars in 2016. This brings their total investments in the automotive industry to $1.4 billion, including the new Doblo and sedan automobile. As one of the largest production and R&D centers of Chrysler's Fiat Automobiles (FCA), the investments of Tofaş (an acronym for Turkish Automotive Factory Corporation) will strengthen the competitive advantage of the Turkish automotive industry.

According to a written statement released by Tofaş, in line with the decision made by the Managing Board, the company intends to commence production of the two new models, one a hatchback and the other a station wagon, following the new sedan car project that is being carried out in partnership with FCA. The two new models will be produced at Tofaş's factory in Bursa.

Mustafa Koç, the CEO of Koç Holding, said that they continue their investments unabatedly with their belief in Turkey's future and the long-term prospects, adding, "Tofaş's investments amount to a total of $1.4 billion with the new Doblo, sedan automobile and these two new models. We emphasize at every turn that improving our industrial power is one of the main constituents that will lead Turkey to its 2023 vision which will make our country one of the top ten economies of the world. I believe that our new investments, which lend impetus to Tofaş's exports, will contribute positively to the decrease of current account deficit with its export potential."

Kamil Başaran, the CEO of Tofaş, said, "Tofaş is getting stronger and moving forward in global competitiveness. We constantly verbalize that Tofaş, which draws its strength from innovation, attaches great importance to R&D activities. Thanks to this and nearly 600 R&D engineers, we have become the second largest R&D center of Fiat-Chrysler in the world, after Italy. Today, we are all witness to the big advantage of our investments and R&D activities, not only for Tofaş, but also for the whole country."