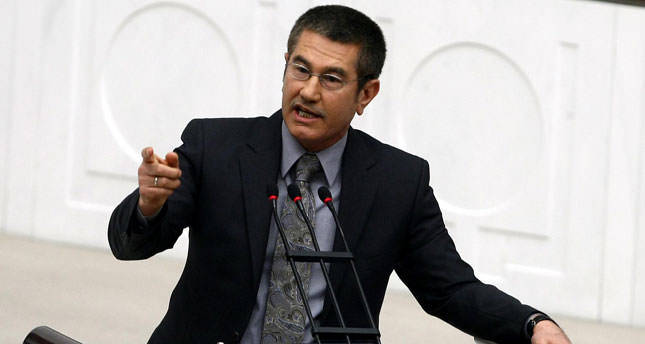 by daily sabah Nov 11, 2014 12:00 am
Customs and Trade Minister Nurettin Canikli has announced that 1,044 tons of red meat has been smuggled into Turkey, revealed during the raid at Mersin Customs.

Speaking at a press conference of the Ministry of Customs and Trade's Middle Mediterranean Regional Directorate, Canikli stated that he ordered a stock count to be carried out in the four warehouses used for storing red meat at Mersin Customs on October 4. As a result, it was determined that there was less than the adequate amount of red meat stock in the warehouses.

"The legal exit point of the goods is indicated as Cilvegözü Border Gate. These goods should have been exported as part of transit trade but due to the high taxation on red meat - 225 percent - they are smuggled into Turkey. However, the same tons or kilograms of goods should exit Turkey and usually cheaper chicken trimmings or spoiled poultry products are used for that purpose. Similar poultry products without much financial value have also been discovered in these warehouses," said Canikli, underlining that this was the biggest smuggling operation of any kind of item at the customs office in Turkey.

He further stated that a retrospective investigation will also take place and while it is estimated that more than 100,000 tons of red meat have been brought to Turkey for transit trade purposes, they will work on achieving the exact figures. It is uncertain how much of this amount has been smuggled into Turkey.

"The value of the smuggled red meat is equal to approximately TL 28 million ($12.43 million). Fines will be issued but this action also requires a prison sentence. Our customs administration will issue a fine of around TL 77-78 million and the related precautionary measures will also be taken immediately.

"Furthermore, the Chief Prosecutor's Office is also investigating this crime and if this action is an organized action, those involved may be sentenced to imprisonment for one and a half to seven and a half years," said Canikli.

He said further that they are working on determining where the meat has been delivered to with the Ministry of Finance assisting through investigation of evidence related to taxation.