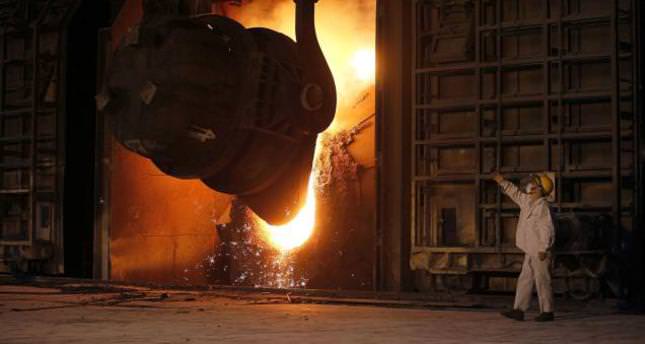 China’s inexorable economic rise is set to see it become a net global investor after decades of Western money flowing into the country, but analysts warn the change offers risks as well as profits

Chinese oil behemoth CNOOC's $15 billion acquisition of Canada's Nexen, completed last year, was just a fraction of the $625 billion the country has invested abroad, much of it resources driven and also taking in other sectors including agriculture, manufacturing and banking. But the looming changeover may be a sign that China is becoming less attractive as an investment destination itself, while some deals have been less successful than others.

Chinese external acquisitions were strictly controlled until 2000 when the Communist Party listed overseas investment as a new growth strategy, widely described as "going out" to secure technology, resources and market access. Overseas direct investment (ODI) has since ballooned - along with China's foreign exchange stockpile - and reached $90.2 billion in 2013, more than 30 times what it was a decade previously. Incoming foreign direct investment (FDI) stood at $117.6 billion last year, official data showed, and the latest figures on Tuesday showed the gap between them has narrowed substantially in 2014. China invested $4.19 billion in non-financial sectors in the U.S. alone in the first 10 months of this year, the commerce ministry said, almost twice as much as the $2.32 billion that flowed in the other direction. "It is a matter of time before China's overseas investment exceeds the foreign investment it receives," assistant commerce minister Zhang Xiangchen told reporters last month. "Even if it is not realized this year, it will in the near future. China is soon to become a net capital exporter."

China is now the world's third largest investor after the United States and Japan, according to the United Nations Conference on Trade and Development, and Beijing's figures show the U.S. and Australia as its top recipient nations. But the spending spree has been largely driven by big state-owned enterprises (SOEs), backed by state banks as they purchase mineral and energy resources, sparking concerns over China's growing economic power and possible political motives. At the same time, some projects have not proved as profitable as hoped. Auto manufacturer SAIC Motor took a controlling stake in South Korea's SsangYong Motor Company but lost several billion yuan when it went bankrupt and suffered a bitter strike, which ended only with a police raid featuring commandos rappelling from a helicopter in a hail of missiles. Insurer Ping An saw its $3.5 billion investment in European financial group Fortis wiped out in the global financial crisis of 2008. Wang Jiahua, executive deputy chairman of the China Mining Association, an industry group, said 80 percent of Chinese mining investment abroad had "failed," the state-run Economic Information newspaper reported in June. China Power Investment Corporation is reported to have lost at least 7.3 billion yuan ($1.2 billion) on the controversial Myitsone hydropower plant in Myanmar, where President Thein Sein ordered the project halted in 2011. Analysts blame Chinese investors' inexperience and decisions driven by government policy rather than business sense. Tao Jingzhou, managing partner of law firm Dechert LLP China, told AFP that the "primary cause" of problems was poor thinking and failures to carry out sufficient due diligence. "A merger and acquisition contract is logged as an achievement of the SOE (head) once it is signed," he said. "It will be none of his business when it incurs losses in two years' time." Experts also caution that having more funds flowing out of the world's second-largest economy reflects declining confidence in China. "If capital finds the rest of the world more appealing on the whole, it indicates that opportunities in China are being prematurely closed off, most likely by government policy," Derek Scissors, of the Washington-based American Enterprise Institute (AEI), told AFP.