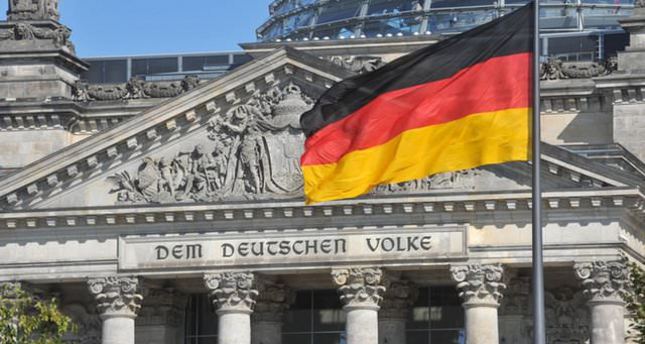 by French Press Agency - AFP
Nov 25, 2014 12:00 am
Business confidence in Germany appears to be stabilizing after long months of decline, with the Institute for Economic Research (Ifo) business climate index rising in November for the first time in seven months, data showed on Monday. In an encouraging sign for Europe's biggest economy, and therefore the eurozone as a whole, the closely watched barometer beat expectations and rose to 104.7 points in November from 103.2 points in October, the Ifo think-tank said in a statement. "The downturn in the German economy has ground to a halt for the moment at least," Ifo chief Hans-Werner Sinn said in a statement. Ifo calculates its headline index on the basis of companies' assessments of current business and the outlook for the next six months. "Assessments of the current business situation are slightly more favorable than last month," Sinn said. "Expectations with regard to the months ahead are also brighter."

The sub-index measuring current business rose to 110.0 points from 108.4 points last month, while the outlook sub-index increased by 1.4 points to 99.7 points. Analysts were encouraged by the turnaround in the index, especially after investor sentiment in Germany rose for the first time this year in November. "After a six-month slide, German business confidence staged a strong rebound in November, illustrating that any swan songs on the eurozone's biggest economy came too early," said ING DiBa economist Carsten Brzeski. "In our view, the Ifo index is currently the best single leading indicator for the German economy. Therefore, today's Ifo reading gives clear comfort for our view of an accelerating economy in the final quarter of the year," he said. Capital Economics economist Jennifer McKeown said the rise in the Ifo index "is a relief after falls in other survey indicators, but it still points to only slow growth." "The fall in the euro and easing concerns over geo-political factors are starting to have some positive effects," she said, but noted that the November increase only reversed the fall seen in the previous month.