New business model on the way for Turkish economy 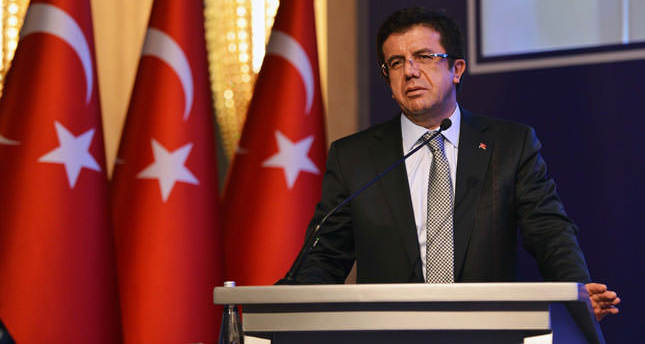 by Daily Sabah Nov 27, 2014 12:00 am
Economy Minister Nihat Zeybekci said that a new road map would be set for the economy in line with Prime Minister Ahmet Davutoğlu's instruction.

Describing high interest rates as great trouble for Turkey's growth, Zeybekci stated that such topics as growth, inflation and interest rates would be laid on the table during studies to determine this road map, adding, "We cannot ignore growth, and a growth of 3.5 percent is unacceptable for Turkey. There are enough reasons to bring down interest rates." Zeybekci also noted that frequent meetings would be held regarding new road map studies, which will include the economy and interest policies.

"We need to change our way of fighting inflation. Whenever economic bureaucracy faces troubles, it fights inflation by shrinking demand, controlling markets and limiting loans. So far, we have chosen the simplest and safest way of tackling inflation. The reason for inflation is that demand is more than supply. We need to boost supply and production, which can be achieved through growth. This will enable a permanent solution to inflation," Zeybekci said.