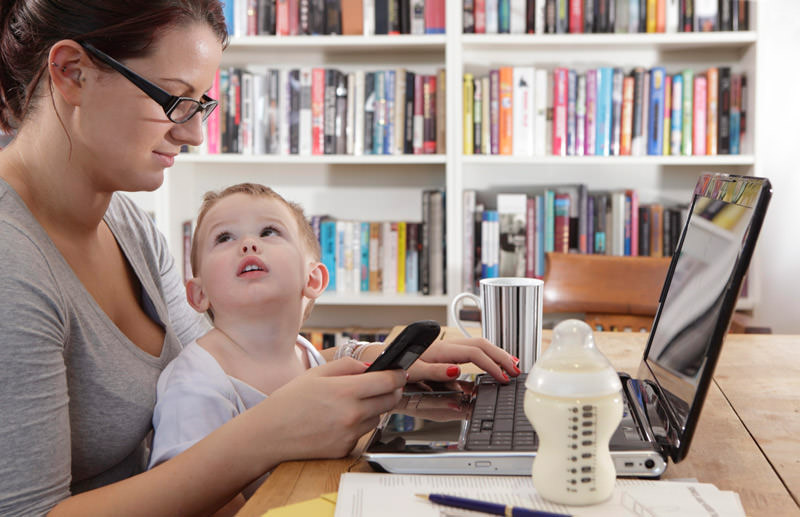 by AA Dec 07, 2014 12:00 am
As a part of the project prepared by the Social Security Institution (SGK) and other relevant institutions, a financial support of TL 1,000 ($442) will be granted to mothers with babies to allow them to employ registered babysitters at home.

The project will first be put into effect in the cities of İzmir, Antalya and Bursa.

The project, which has been set by the SGK and other social institutions to promote women employment, will financially support working mothers with babies in order to enable them to employ babysitters at home. According to the statement made by the SGK on the issue, women's participation in labor force remains at low levels in Turkey due to low wages and insufficient care services.

The statement also suggested that the number of unrecorded women employees is more than that of men, underscoring that one of the main problems faced by women in the labor market is quitting their jobs temporarily or permanently because of their babies or elderly care and this should be addressed thoroughly.

The financial support will apply to mothers with babies who work with employment contracts and join the working force for the first time or return to work after a break.

The project will be put into effect as soon as it receives approval from the European Commission. The project, which will be implemented for a period of 30 months, will directly support 5,000 women, who will join the work force for the first time or return to the work force every month. Thus, with women employing baby sitters at home, around 10,000 women will have the opportunity to work as registered staff during the project.

The project also aims to promote the institutionalization of nursing and to improve registered working systems between home service employees, including child minders, and their employers.