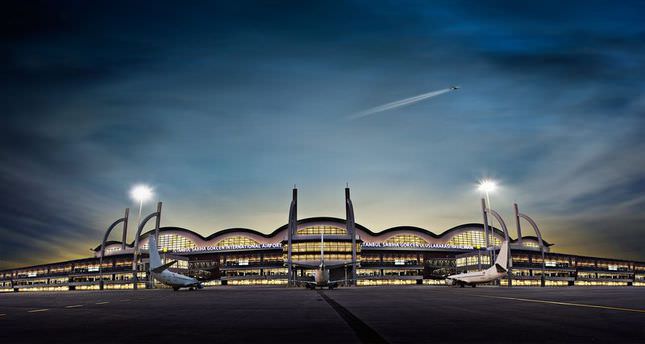 by Daily Sabah Dec 08, 2014 12:00 am
The Competition Authority has accepted the deal to transfer shares equal to 40 percent of the total share certificates in Sabiha Gökçen Airport, which belong to the Limak Group, to Malaysia Airport Holdings, upon their request submitted last October.

Malaysia Airports Holdings Berhad (MAHB), which purchased 40 percent of the shares of Sabiha Gökçen Airport last year increasing its total share to 60 percent. But after learning that Limak was negotiating to sell its shares to TAV, they had a meeting on September 15.

MAHB then announced that it would use its preemption right and purchase 40 percent of the shares of Limak.

The Planning Manager of MAHB, Khair Mirza, said all these developments have been unexpected for them. "Our partnership with Limak has been going on for years. We respect that our partner has the right to sell its shares but we were surprised about the timing.

"We had offered 285 million euros for the 40 percent at the beginning of the year but we had to revise it downwardly. Now, we will purchase the shares for 285 million euros, which we believe is a fair price." said Mirza.