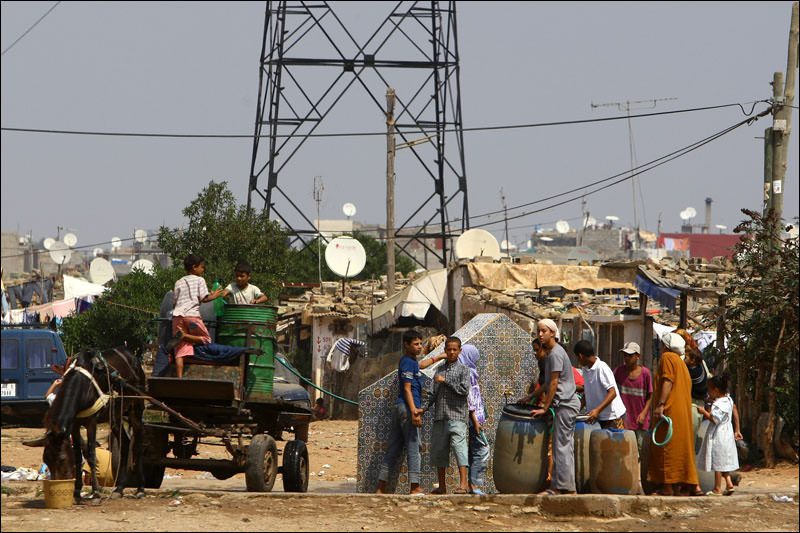 Half of the nearly $8 billion in climate finance given to developing countries since 2003 has gone to just 10 countries while nations most at risk got the short end of the stick, a report said Sunday

The top recipients of funding for climate adaption were Morocco, Mexico and Brazil, which each received more than $500 million (406 million euros) out of the $7.6 billion total, according to an analysis of spending over the last decade in 135 countries.

The report of the Overseas Development Institute (ODI), a UK think-tank, was released ahead of the second and final week of UN negotiations in Lima for a world pact to curb potentially disastrous global warming. "Mexico and Brazil are among the top 10 emitters of greenhouse gases, and with Morocco, all have huge renewable energy potential," it was announced in the report. However, many of the poorest countries were left behind. "Conflict-affected and fragile states such as Ivory Coast and South Sudan, where it is generally difficult to spend finance, received less than $350,000 and $700,000 respectively," said an ODI statement.

"Several middle income countries that are vulnerable to the impacts of climate change and have significant clean energy potential, such as Namibia, El Salvador and Guatemala, also received less than $5 million each." The aid from rich nations is meant to help poor and vulnerable countries adapt to the impact of climate change and to curb planet-warming greenhouse gas emissions through a shift away from fossil fuels like oil, coal and gas.

Funding for adaptation rocketed from $3.8 million in 2003, to $2 billion this year, said the report. "While not enough, the trends in spending are positive," it said. "Poor countries such as Niger, Bangladesh and Nepal have received nearly $400 million over the last decade to help them cope with this growing threat." However, the ten most vulnerable nations, including Somalia, the Solomon Islands, Burundi, Niger and Eritrea, benefited from only seven percent of adaptation aid. "Effective use of climate finance will help win the support of poor countries which have contributed the least to climate change, but bear the brunt of its impacts," report author Smita Nakhooda said.

Finance is a sore point at the UN climate talks, with developing nations insisting that rich economies show how they intend to honor promises to muster up to $100 billion per year in climate finance starting in 2020. To date, nearly $10 billion in startup capital has been promised for the Green Climate Fund, the main vehicle for channeling the money. On Friday, a UN report said developing countries may need up to $500 billion per year by 2050 for adaptation alone. "There is substantial scope to improve results and learn from experience" on climate financing, said the ODI statement.

Funds need to become less risk averse and more flexible when it comes to donor conditions and scrutiny. "There are now too many small climate funding 'pots' with substantial overlap, and finance is spread too thinly between them," added Nakhooda. "The lives of millions of people in poor countries affected by climate change depend on getting this right."