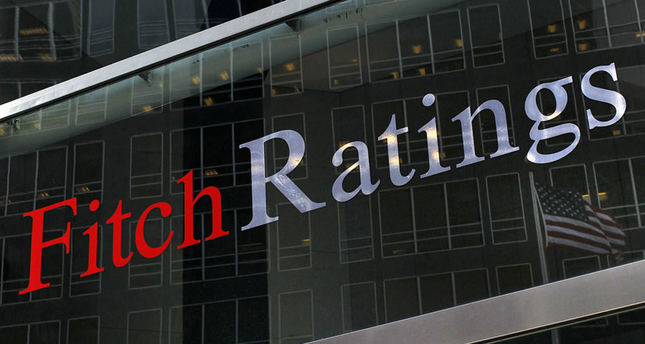 by Daily Sabah with AA Dec 09, 2014 12:00 am
Fitch upgraded Turkey's growth forecast for this year due to a better-than-expected economic performance, according to Paul Rawkins, a senior director at the ratings agency.

Rawkins said yesterday that Fitch had raised Turkey's 2014 growth forecasts from 2.7 percent to 3 percent, thanks to the current economic performance of the country, which is moderately higher than expected. Rawkins noted that this performance is also likely to be affected positively by a drop in oil prices in the forthcoming period.

"We pushed up [the growth forecast] a little bit. The outcome was a bit a better than we expected actually. [The] economy gained momentum and I think the last part is going to be helped by lower oil prices which would ease things," Rawkins said.

Fitch's announcement has been expected since the country's finance minister, Mehmet Şimşek, remarked last week that the 36 percent fall per barrel of Brent crude oil is likely to remove Turkey from international credit rating agencies' tracking list, enabling Turkey to become a center of attention for investors once again.

Şimşek underscored that this decline in oil prices will contribute positively to lessen the country's external deficit, restrain inflation and improve growth. "The reason why many analysts speak about vulnerability in the Turkish economy is the large current account deficit. Every drop of $10 in oil prices will decrease the current account deficit by $4.5 to $5 billion. Furthermore, this decline means bringing down inflation by 40 base points and hiking growth up by 30," Şimşek added.

According to the announcement made by deputy prime minister Ali Babacan, the growth target is 3.3 percent for this year with a slight improvement of 4 percent expected next year. The government hopes growth will be consistent at 5 percent for 2016 and 2017.