Turkey symbolizes a change in the global economic order 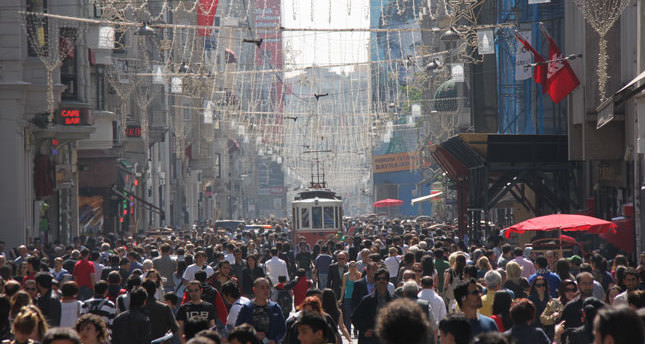 by Barış Ergin Dec 09, 2014 12:00 am
Speaking about the benefits and advantages of G20 leadership to a country, Mike Callaghan, director of the Lowy Institute's G20 studies center in Australia and a former top G20 official, said, "The country chairing the G20 must take a global perspective. It is important to recognize the responsibility that comes with having the relatively brief stewardship of an important global forum. It is not an occasion to pursue country-specific issues, but to help ensure that the G20 helps facilitate better global economic leadership."

He added that "providing leadership to the G20 requires a lot of hard work, by politicians and officials, and can at times be seen as a distraction from domestic political issues."

Callaghan shared his thoughts about Turkey's G20 leadership as well, and noted that Turkey could provide an important contribution for the G20 presidency in 2015. "Like other 'middle powers,' it has much at stake in promoting a rules-based international global economic order with effective global institutions. Turkey needs to focus on what it gains from the international economy and on setting its sights to help ensure that cooperation through the G20 can help contribute to achieving these outcomes," Callaghan said.

Commenting on the 2015 Turkey and 2016 China leadership, Callaghan said, "[Turkey] chairing in 2015 and China chairing in 2016 is very important because it symbolizes the change in the global economic order, which is the defining feature of the G20, namely, a forum better suited to accommodating the rise if the emerging powers. It also means that the emerging powers have to contribute to global economic leadership," Callaghan said.

Jeremy Liddle, the chairman of Australia's G20 youth branch, the G20 Young Entrepreneurs Alliance, noted that the most important matter was youth unemployment and entrepreneurship.

"We included this matter in such a busy agenda. There is great potential for Turkey as 70 percent of Turkish population consists of young people. I believe Turkey's contribution in this respect will be much more than our contribution. The cost of uneducated and unemployed youth in the global GNP is around 1 percent. This is such a high figure given that the G20 is targeting a growth of 2 percent," Liddle said, and added that during his meeting with Davutoğlu, he was pleased to hear about the focus on entrepreneurship and SMEs, as it will definitely create more employment opportunities for youth.