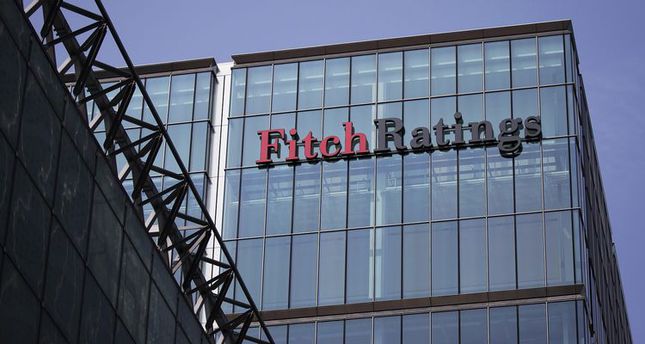 by Daily Sabah Dec 18, 2014 12:00 am
The international credit rating company Fitch Ratings announced on its official website that mild economic growth, competition for deposits and the mild deterioration of asset structures will likely increase pressure on Turkish banks in 2015. Fitch also noted that while strong capital and profitability are stable, the increase in dependency on short-term foreign exchange financing poses a risk.

"Our base scenario proposes that growth in the medium-term will be lower than the currently high levels in the short-term. The volatility in manageable interest and foreign exchange rates will continue and access to international financing will continue [as well]," Fitch wrote.

The announcement further emphasized that there is risk of deterioration in the asset quality and credit portfolio in the Turkish banking sector, and underscored that the increase in consumer credits as well as the devaluation of the Turkish lira will weaken the debt management capacity of debtors that have obtained foreign exchange loans.

"High interest rates and competition for deposits will push the cost of financing up. However, since Turkish banks in the past have re-priced the loans, the increase will be a mild one," read the announcement.