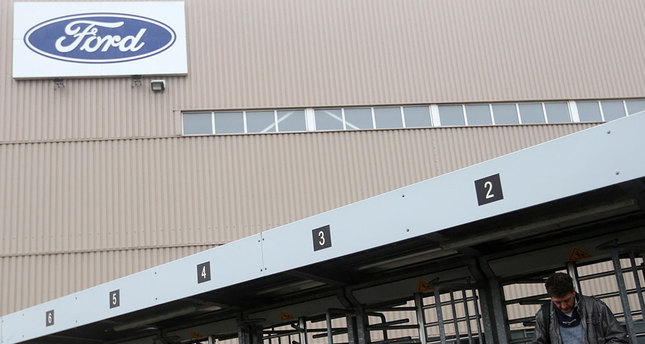 by reuters
Dec 21, 2014 12:00 am
In the heart of western Europe, the Belgian-Dutch-German rust belt has been dealt another blow. Two car plants closed this month as companies sought cheaper labor elsewhere, the final chapter of a manufacturing boom that began when coal mines fueling Europe's industrialization shut in the 1960s. Now the region straddling three borders is trying to reinvent itself. A 315 billion euro ($385 billion) EU investment plan, announced on Thursday, is the latest potential help. It aims to encourage investors to back projects around Europe needing financing including the start-ups that could bring new ideas to skilled but high-wage workers.

The final production day at Ford Motor Co's plant in the eastern Belgian city of Genk came after General Motors closed its Opel Bochum factory across the border in Germany, both part of automakers' strategy to adapt to falling sales following the euro zone crisis.

With the euro zone economy facing deflation and near record unemployment, investors are also looking to the European Central Bank to revive business confidence with a U.S-style money printing stimulus program. And while the Limburg region is home to other manufacturing and chemical industries such as chip designer Melexis to life sciences group DSM contributing to an economic output bigger than some euro zone countries, the demise of car manufacturing in border shows that parts of Europe needs a new economic model.

"In the 1970s and 1980s, the policy was to attract a big plant and that was going to save you," said Karen Maguire, an expert at the Paris-based Organization for Economic Co-operation and Development. "That only lasts for so long unless you can innovate, upgrade and diversify." One innovative local company is Polyscope, which set up in a disused chemicals plant in Dutch Limburg in 2007. It exports granular plastics that are turned into paper coating or sun roofs to the United States and China.