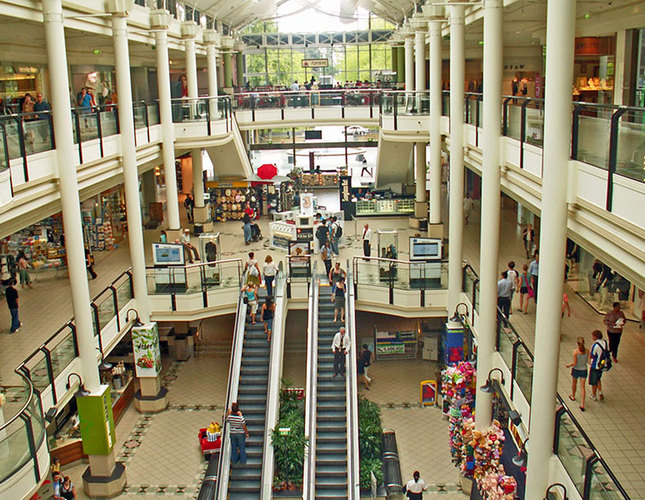 by AA Dec 22, 2014 12:00 am
Speaking to Anadolu Agency, the Chairman of the Shopping Malls and Investors Association (AYD), Hulusi Belgü, reported that the turnover per square meter in shopping malls has been around TL 601 ($259.89) in the first 10 months of 2014, whereas the turnover per square meter of shopping malls in 2013 was approximately TL 570.

"The sector is expected to reach a turnover of around TL 70-75 billion on average in 2014 and we are expecting turnover to exceed TL 90 billion in 2015," Belgü added.

Belgü announced that, based on the Shopping Mall index of AYD, the highest increase in turnover was in the clothing sector at around 11.9 percent.

According to the index's data, the number of visitors to shopping malls in Turkey was around 1.6 billion in 2013 and this figure is expected to increase to 1.7 billion in 2014. Belgü further noted that there is a steep increase in consumption especially around the New Year, Valentine's Day and other holidays.

Currently, shopping malls and the retail sector employs approximately 400,000 people and about 15,000 employees have been recruited in 2014. Bengü said that about 15,000 recruitments are expected to place in 2015.