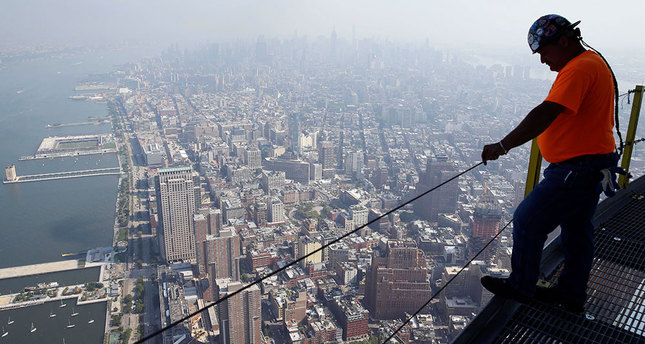 by Dec 23, 2014 12:00 am
The U.S. economy grew at its quickest pace in 11 years in the third quarter, the strongest sign yet that growth has decisively shifted into higher gear.

The Commerce Department on Tuesday revised up its estimate of gross domestic product growth to a 5.0 percent annual pace from the 3.9 percent rate reported last month, citing stronger consumer and business spending than it had previously factored in.

It was the fastest growth pace since the third quarter of 2003. GDP growth has now been revised up by a total of 1.5 percentage points since the first estimate was published in October.

Big revisions to GDP data are not unusual as the government does not have full information when it makes its initial estimates.

The economy expanded at a 4.6 percent rate in the second quarter. It has now experienced the two strongest back-to-back quarters of growth since 2003. Economists polled by Reuters had expected growth would be raised to a 4.3 percent pace.

While the pace of growth likely slowed in the fourth quarter, a rapidly strengthening labor market and lower gasoline prices should provide the economy with sufficient momentum in 2015 and keep the Federal Reserve on course to start raising interest rates by the middle of next year.

Underscoring the economy's firming fundamentals, growth in domestic demand was revised up to a 4.1 percent pace in the third quarter instead of the previously reported 3.2 percent pace. It was the fastest pace since the second quarter of 2010.

Consumer spending, which accounts for more than two-thirds of U.S. economic activity, grew at a 3.2 percent pace, the fastest since the fourth quarter of 2013, instead of the previously reported 2.2 percent rate.

Growth in business investment was raised to an 8.9 percent pace from a 7.1 percent rate, with a stronger pace of spending than previously thought on equipment, intellectual property products and nonresidential structures accounting for the revision.

Inventories were also revised higher, with restocking now being neutral to GDP growth instead of being a mild drag. That also helped to offset downward revisions to export growth.

But inventories could undercut output in the fourth quarter.

Spending on residential construction was also revised higher, as were government outlays. Export growth was cut to a 4.5 percent rate from the previously reported 4.9 percent pace, while imports were also revised down.