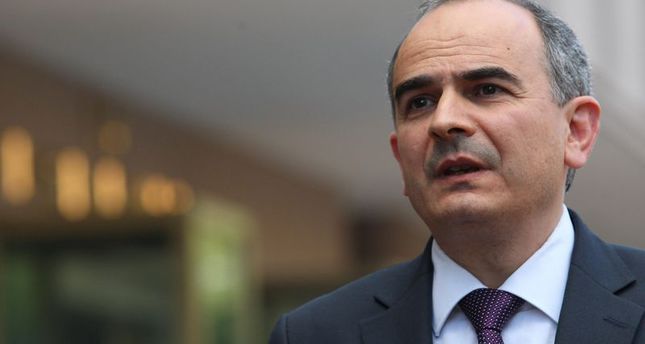 The Central Bank of the Republic of Turkey left its benchmark interest rate at 8.25 percent and kept the overnight borrowing rate at 7.5 percent for the fifth month in a row – an unsurprising move for markets

The Monetary Policy Committee of the Central Bank of the Republic of Turkey (CBRT) decided to keep short-term interest rates constant for the fifth month in a row. The board announced the numbers as the one-week repo rate at 8.25 percent, marginal funding rate at 11.25 percent, interest rate on borrowing facilities provided for primary dealers via repo transactions at 10.75 percent and borrowing rate at 7.5 percent, according to a CBRT statement released yesterday. Markets observed the CBRT's decision closely, and the Istanbul stock market was up 0.4 percent after the announcement.

The decision was unsurprising for markets, as CBRT officials had previously stressed the need for tight monetary policies. Additionally, CBRT Governor Erdem Başçı had noted during his presentation to the Planning and Budget Commission in the Parliament that tight monetary policies would continue until a significant improvement is observed in inflation and until exports continue to support the growth rate.

Speaking to Daily Sabah, economist Taha Meli Arvas stated that the policy committee's decision was largely expected, as demand for treasuries remains robust; however, currency pressure would not have allowed further easing rates. "Look for rates to come down should crude continue to fall for a sustained period," Arvas said.

"Loan growth continues at reasonable levels in response to the tight monetary policy stance and macroprudential measures. The favorable developments in the terms of trade and the moderate course of consumer loans will contribute to the improvement in the current account balance. External demand remains weak while the contribution of domestic demand to growth is at moderate levels," the statement read.

The committee also remarked on the primary transformation program prepared by the government. Two parts of the action plans regarding the program had been announced by Prime Minister Ahmet Davutoğlu this month, and the last part of the action plan is expected to be announced this week. The committee assessed that the implementation of the announced structural reforms would contribute to the potential growth significantly.

Macroprudential measures taken at the beginning of the year and the tight monetary policy stance continue to have a favorable impact on the core inflation trend. Moreover, declining commodity prices, in particular oil prices, will contribute to disinflation as well. Under the current monetary policy stance, the committee anticipates that inflation will decline in line with the forecast presented in the Inflation Report throughout 2015 at a faster pace in the first half of the year.

In its routine January meeting this year, the board had held the one-week repo rate at 4.5 percent, but increased it to 10 percent after an extraordinary meeting held on Jan. 28. The huge rate hike had shocked the markets and incurred the wrath of the government, which saw the dramatic increase as a serious threat to the country's economic growth.