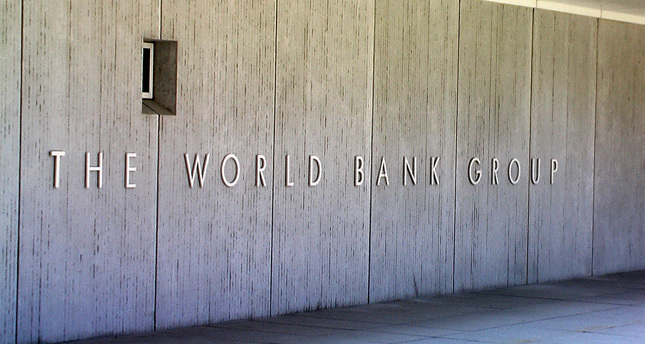 by AA Dec 24, 2014 12:00 am
The World Bank has cut Turkey's 2014 growth forecast while keeping 2015 estimates unchanged according to new data from the financial institution yesterday. "The World Bank lowered the 2014 growth estimate to 3.1 percent, but is keeping the 2015 forecast unchanged at 3.5 percent against the backdrop of improving external balances and persistent market volatility," read a statement released by the bank. The organization expects Turkey to significantly benefit from the sharp decline in oil prices as the outlooks for inflation and the current account have improved substantially due to this development. However, the World Bank cautioned Turkey about changes in investor sentiment in which the country has limited room to maneuver regarding monetary policy. "While private consumption is expected to return to being the main driver of growth, political uncertainty and the volatility in global markets will continue to weigh on investor sentiment," the statement added. Country Director Martin Raiser said that Turkey's growth performance would be largely based on the recovery of private investment and a resumption of productivity growth, stressing that the implementation of new reforms would play a crucial role. "For this, a signal of the government's commitment to a level playing field for all investors is needed," Raiser said, adding, "The new 25 Transformation Programs provide such an opportunity, but moving beyond announcements to implementation will be critical."