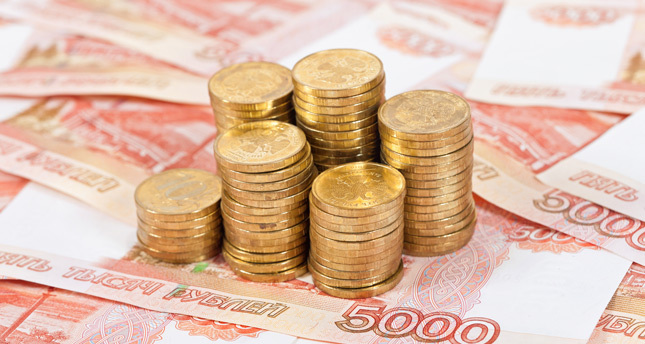 by Associated Press Dec 27, 2014 12:00 am
The Russian currency on Friday ended its five-day rally and declined 4 percent as the markets remain jittery over the outlook of the Russian economy. The ruble has been the worst performing currency this year along with the Ukrainian hryvnia, having lost nearly half of its value against the dollar. Russian Finance Minister Anton Siluanov announced on Thursday that the ruble seems to have finally found its fair value. But that did not stop the ruble from ending its five-day rally when it had gained nearly 15 percent. The ruble declined by 4 percent in afternoon trading to 54 rubles against the dollar. Russian monetary officials have made stabilizing the ruble their priority, introducing a number of drastic measures to support it such as raising the key interest rate to a whopping 17 percent.

Predicting problems for the economy for years ahead, Siluanov on Friday lamented the fact that instead of channeling money to infrastructure projects and education, President Vladimir Putin has chosen to boost the defense budget. The amount of the defense spending, which accounts for a third of the Russian budget is "tough" for the economy, Siluanov said in comments carried by Russian news agencies. The way spending is allocated in the Russian budget is a compromise decision for a number of ministries but it is ultimately up to the president to insist that spending for some crucial area such as defense be maintained or cut. Siluanov's predecessor, Alexei Kudrin resigned from the government in 2011 after 11 years in office after he slammed the government's mounting defense spending as something that cripples the Russian economy for years ahead. The Central Bank announced on Thursday that Russia's currency reserve has dropped below $400 billion for the first time since August 2009, as the government has been selling the currency on the market to support the ruble.