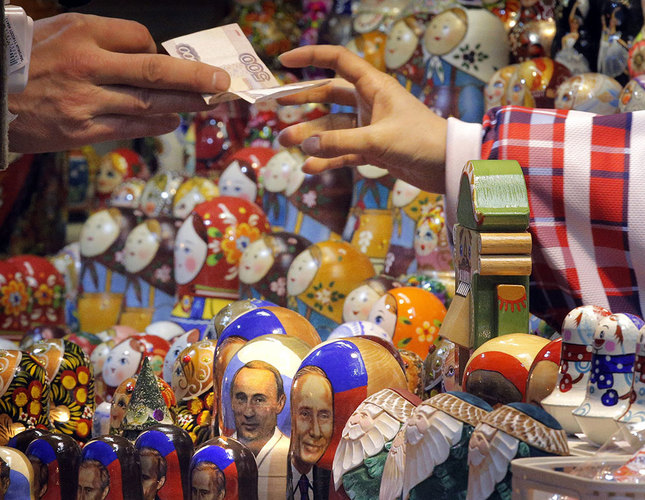 by Dec 31, 2014 12:00 am
Inflation in Russia reached 11.4 percent this year, the highest level since 2008, according to preliminary data released by the country's statistics office yesterday. Prices in December were 2.6 percent higher than in November, the highest monthly inflation rate in 10 years. The figures were even higher for food products, whose prices rose by 14.4 percent on a yearly basis and 3.3 percent on a monthly basis, Russia's Federal Statistics Service said.

Russian inflation has been partly driven by a ban on many Western food products, imposed by the government in August in retaliation for Western sanctions over Moscow's policies in Ukraine. Experts warn that prices will continue to rise sharply in 2015, when many imported goods become more expensive because of the devaluation of the ruble.

The Central Bank of Russia has spent billions of dollars over the past few weeks to prop up the currency. The bank said Wednesday that its foreign currency reserves have dropped to $388.5 billion as of Dec. 26, $10.4 billion less than one week earlier. At the end of November, the bank's foreign currency reserves stood at $420 billion. The bank does not reveal the amount of money it spends for currency intervention.