All eyes on Berlin as ECB readies bond-buying scheme 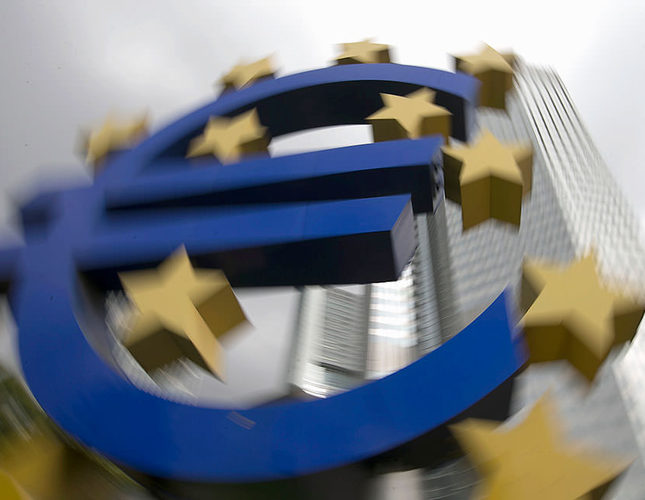 As Europe stumbles into 2015 dogged by weak growth and the prospect of deflation, European Central Bank President Draghi is on the verge of launching mass purchases of government bonds with new money

In August 2012, during a visit to Canada, German Chancellor Angela Merkel swept aside doubts about her support for Mario Draghi and his promise, weeks before, to do whatever it takes to preserve the euro. The pledge by the Italian president of the European Central Bank met a storm of criticism in Germany. Yet Merkel told reporters gathered in the Canadian parliament in Ottawa that Draghi's remarks were "completely in line" with her own approach to the crisis. Her comments helped convince markets that Draghi had the political support to back up his bold words with action, calming fears of a catastrophic euro breakup.

Two and a half years on, the crisis in Europe's single currency bloc has shifted from acute to chronic and once again it has fallen to Draghi to come to the rescue.

As Europe stumbles into 2015, dogged by weak growth and the prospect of deflation, Draghi is on the verge of launching mass purchases of government bonds with new money - also known as quantitative easing (QE) - in the hopes of jolting Europe's economy into life. ut this time, it is unclear whether he can count on the same clear support from Berlin. Without it, the effectiveness of any QE programme could be undermined. More fundamentally, a rift between Germany and the ECB would herald a dangerous new phase for Europe in which the bloc's two most important shapers of policy are at odds.

In a rare four-page interview with German daily Handelsblatt on Friday, Draghi appeared to go out of his way to reach out and avert such a clash, saying the risk of the ECB failing to preserve price stability had risen and it may need to act to meet its mandate. "Germany's position on the QE programme is arguably the single most important issue for the ECB right now," said Marcel Fratzscher, head of the DIW economic institute in Berlin and a former official at the ECB. "Support from both Merkel and (Finance Minister Wolfgang) Schaeuble will be absolutely vital."

So, what has changed since 2012? For one thing, fears of a euro breakup have subsided. That has made it easier for German officials to push back against policies they disagree with. The worry in Berlin is QE will reduce pressure on struggling southern euro countries to reform. Some think pumping new money into the system would sow the seeds of a future crisis.

"If the ECB isn't careful about how it does QE the reaction in Germany will be fierce," said a senior German official who requested anonymity due to sensitivities over ECB independence.

"If QE does happen, as it certainly looks like it will, it should happen in a way that doesn't see it undermined by German politicians. Draghi needs to know what the red lines are." Complicating the debate is the rise of the Alternative for Germany (AfD), a eurosceptic party that didn't exist back in 2012. After sweeping into three regional parliaments in eastern Germany last year, the AfD will try to win its first seats in a western assembly when Hamburg votes in mid-February. A QE programme, which the markets expect to be unveiled as soon as the ECB's next policy meeting on Jan. 22, could play into the AfD's hands.

Uncertainty surrounding a Jan. 25 election in Greece, which could vault the left-wing Syriza party into power, has muddied the waters further by raising the risk of a sovereign default and severe losses for the ECB on any Greek bonds it holds.

Should the ECB unveil a QE programme that includes Greece before the political outcome in Athens is clear, it would be impossible for the German government to remain silent, several officials said. "The Greek situation makes it much more difficult to announce a QE programme where the risks are shared out," said Christian Odendahl, chief economist at the Centre for European Reform in London.

The other cloud hanging over QE is the risk of a legal challenge in Germany's Constitutional Court. In February last year, the court in Karlsruhe expressed concerns that the OMT bond-buying scheme Draghi unveiled in the months after his 2012 "whatever it takes" speech, which has never been used, violated a ban on funding governments. It referred the case to the European Court of Justice (ECJ) in Strasbourg, whose adviser is due to give a preliminary assessment on Jan. 14 and a final ruling in mid-2015. That could have big implications for how the ECB approaches QE. "The consensus view in the market is that the ECJ won't find anything wrong with the bond-buying scheme, but there is a risk," said Elga Bartsch, chief European economist at Morgan Stanley.

The ECB may feel the need to tread carefully pending a final ruling, increasing the chances of a QE programme in which the credit risks tied to purchased bonds remain with national central banks - an idea floated by Bundesbank President Jens Weidmann last month. "This is a solution that could work for Germany," said the senior German official. If the ECB goes down this path, Merkel could feel more comfortable endorsing it but by limiting the scope of the programme it may underwhelm financial markets and fail to revive the euro economy. "If you limit this along national lines, it would clearly be a disappointment because it would show quite starkly that the ECB is running up against its limits," Odendahl said. "Draghi knows that the announcement itself will be the most important thing. I hope he is bold." If he is, the silence from Merkel may be deafening.