Rouhani: Iran must end isolation for economy to boom 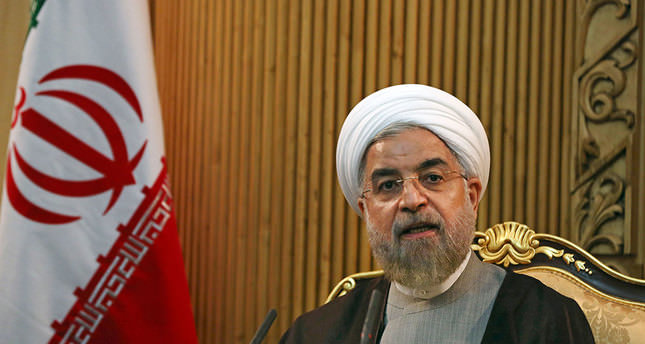 by Jan 04, 2015 12:00 am
Iran's President Hassan Rouhani said Sunday that foreign investors should no longer be viewed as a threat and signaled his country's decades-long isolation from the world economy could soon end.

Speaking at an economic conference in Tehran, he said the Islamic republic would not give up its principles, but it would be better placed to conclusively emerge from recession if it opened up. Iran is engaged in long-running negotiations with world powers aimed at a comprehensive deal over its disputed nuclear program, which, if successful, will likely result in an investment boom.

A key point in any agreement would be the lifting of wide-ranging sanctions - imposed on Iran as punishment for its atomic activities - blamed for neutering its oil- and gas-rich economy. Rouhani said Iran wanted "lasting and sustainable development" and if it was to escape the recent years of "constriction" caused by its foreign policy then change was necessary. "Our political life has shown we cannot have sustainable growth while we are isolated," he told an audience of 1,500 economic experts and guests, including the economy minister and head of the central bank. "The time is past when it used to be said that if a foreign investor comes to Iran, our independence will be in danger," he added. The president's comments alluded to a checkered history of foreign involvement in Iran's economic affairs, chiefly from Russia and Britain in the oil industry.

In 1953, British and U.S. intelligence services orchestrated the ouster of democratically elected Prime Minister Mohammad Mossadeq, in a coup d'etat after he announced plans for oil nationalization. His overthrow remains a toxic issue and a rallying point for hardline skeptics of the West. The nuclear talks between Iran and the P5+1 group (Britain, China, France, Russia and the United States plus Germany) resume in Geneva on Jan. 15, and are aimed at a political agreement by March and a comprehensive accord by June 30. During the negotiations, Iran has limited its enrichment of uranium, a process that creates nuclear fuel, which can produce fissile material for an atomic weapon at high purities. Iran denies seeking the bomb, insisting its nuclear program is for peaceful energy purposes. Although a nuclear deal is seen as the key to unlocking a dormant economy, Rouhani said the current curtailment of Iran's nuclear activities should not be considered as weakness. Standing near the conference slogan "Sustainable growth that creates jobs," he said, "Our ideals are not connected to [enrichment] centrifuges, but to our heart and will. We want to stand on our own feet; we want to have less need to export oil. If these things happen, our nuclear negotiations will move forward faster."