Toshiba to win $1.6B nuclear deal from China 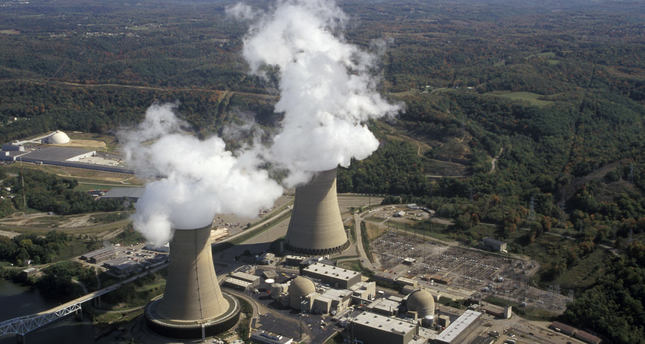 Through its U.S. subsidiary Westinghouse Electrİc Co, Toshiba is expected to deliver control systems, turbines and other main equipment for Chinese facilities slated to begin operation in the 2020s, the Nikkei business daily reported, without citing sources.

Westinghouse previously built two mid-sized nuclear reactors each at Haiyang and Sanmen, and their track record seems to have worked in the company's favour amid heated competition from European, South Korean and Russian rivals, the report said.

Toshiba is also in talks with Kazakhstan over delivery of nuclear reactors, the report said. Prime Minister Shinzo Abe has promoted exports of nuclear technology despite strong opposition at home.

Such exports have become key to Japan's nuclear industry after a triple meltdown at the Fukushima Daiichi plant in 2011. China's growing appetite for power has made it the largest market for new nuclear plants in the world.

According to the International Energy Agency, nuclear power plants around the world are expected have a total generation capacity of 624 million kilowatts in 2040, up 60 percent from the level in 2013. A little more than a quarter of the additional power will be generated in China.

Toshiba is thus stepping up marketing activities in developing markets and is now in discussions with Kazakhstan over delivery of nuclear reactors.