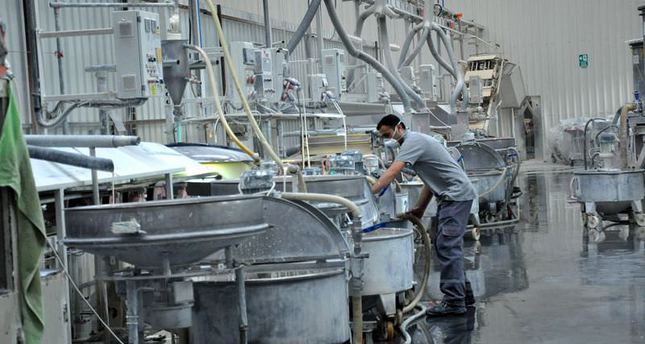 According to data released by the Turkish Statistical Institute (TÜİK), seasonal- and calendar-adjusted industrial production in November decreased by 0.1 percent compared with the previous month. However, calendar-adjusted industrial production increased by 0.7 percent compared with the same month last year, which is the lowest level of 1.5 years.

In the sub sectors of manufacturing, the highest increase was in printing and reproduction of recorded media by 10.1 percent. It is followed by the repair and installation of machinery and equipment (4.0 percent) and the manufacture of fabricated metal products (3.6 percent) in November 2014, compared with previous month.