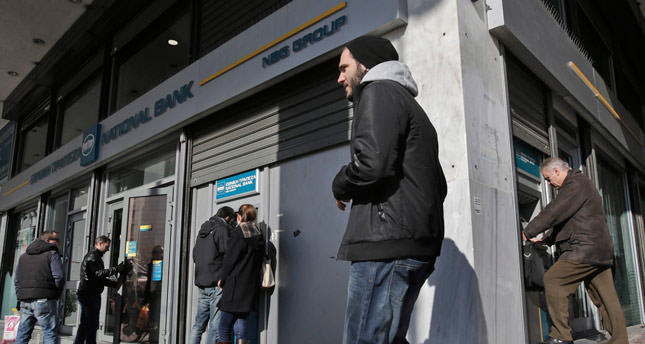 A Greek exit from the Eurozone would certainly come at a cost to Europe, but just how expensive would it be? Some analysts are worried that a ‘Grexit’ could ultimately cost Europe its single currency

Global markets plunged at the beginning of last week, seized by a fresh bout of fears that Greece may be forced to leave the euro. The amount Athens owes its partners is equivalent to just a tiny fraction of the Eurozone's economy, but some analysts are still worried that a 'Grexit' could ultimately cost Europe its single currency. A snap election in Greece on Jan. 25 could bring to power the far-left Syriza party, which wants to abandon the austerity policy imposed by the EU and the IMF as part of the country's 240-billion-euro ($282 billion) international bailout.

A market selloff was triggered by media reports indicating that if a new government in Athens reversed course, Germany was ready to let Greece leave the European club of common currency users.

Most analysts doubt it would come to that, but if it did, Athens would be hard pressed to repay its bailout loans and would likely default.

"A Greek default on its around 240 billion euros in rescue loans would send another shock wave to the (euro) area," said Guy Verhofstadt, president of the liberal ALDE group in the European Parliament. Germany stands to lose the most if Greece fails to pay up: some 56.5 billion euros according to calculations by Eric Dor, director of economics research at France's IESEG School of Management, based on EU data. That works out to 699 euros per resident. For France the total cost comes to over 42.4 billion euros, or 644 euros per resident. For Italy, the cost would be 37.3 billion euros, Spain 24.8 billion, the Netherlands 11.9 billion, Belgium 7.2 billion, Austria 5.8 billion, Portugal 1.1 billion and Ireland 300 million.

While the headline numbers are huge, they are minuscule in comparison to the Eurozone economy. The 195 billion euros that Greece owes its partners is equivalent to just four percent of 2013 Eurozone government spending. Moreover, the loans were scheduled to be repaid over many years. And Eurozone banks, which were once considerably exposed to Greece, are no longer so. JPMorganCazenove recently calculated that the Eurozone lenders it covers have only about 5 billion euros in exposure to Greece.

Another cost of a Grexit however would be the uncertainty it would spark in a Eurozone economy that has already nearly stalled and could exact a very high price. "The biggest worry is about a financial stampede" to get out of Europe, said Thomas Grjebine, an economist at the CEPII international economics institute. "If investors are not reassured that the Eurozone is really solid, there could be an increase in interest rates, which are currently very low, and thus borrowing costs," he said. A rise in the cost of credit and drop in investment would pull the rug out from under efforts to revive Eurozone growth. Analysts are divided over whether a Grexit could be contained or if it would it lead to a break up of the Eurozone.

Some see Europe as being far better prepared to handle a Grexit thanks to the creation of a 500-billion-euro bailout fund and efforts taken to strengthen the region's banks.

Economist Holger Schmieding at Berenberg bank said the "contagion effects on other European countries would be limited" from a Greek euro exit. "With ESM support funds, the readiness of the ECB to act and with progress towards banking union, Europe could cope with a hypothetical Greek accident," he said. But Jonathan Loynes, chief European economist at London-based Capital Economics said, "It is not clear that the policy back-stops are sufficient to prevent a Greek exit from triggering a bigger break-up." He noted that the bailout funds are not big enough to handle major countries like Italy and Spain, and the ECB might have difficulty containing contagion in the bond markets. "Historical precedents show that it is nearly impossible to keep a monetary union intact once the process of disintegration has started," noted Christopher Dembik at Saxo Banque, pointing in particular to the collapse of the Austro-Hungarian Empire.