Turkish retailer among top fastest growers in the world 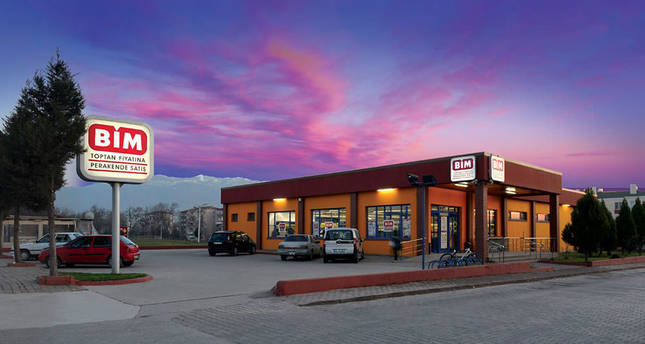 by Daily Sabah with Agencies Jan 13, 2015 12:00 am
With 22.8 percent growth in five years, Turkey's largest retailer BİM became the 17th-fastest growing retailer in the world. It was also the only Turkish retailer that was included in Deloitte's Global Powers of Retailing 2015 report.

According to the global consultancy and audit firm's report, the world's top 250 retailers produced a total of $4.4 trillion in revenues in 2013 with an average of $17.4 billion per company. Also growing in Egypt and Morocco, BİM was listed in 151st place, an increase of 16 places, with revenue of $6.2 billion – surpassing some of the world's most famous brands. On the same list, Portugual's Sonea ranked 155th with $6.1 billion, Germany's Bauhaus ranked 157th with $6 billion, Sweden's Deichmann ranked 169th with $5.4 billion, the U.S.'s Nike 170th with $5.3 billion and the U.K.'s Darty ranked 187th with $4.8 billion.

BİM was also ranked third in the league of the fastest-growing retailers in Europe. Additionally, the report highlighted the global slowdown of the growth of retailers' revenues, which has been in decline since 2011. The revenue growth was 4.1 percent in 2013 and 4.9 percent in 2012. Nevertheless, 80 percent of the retailers announced profits for 2014.

Deloitte's Global Senior Economist, Ira Kalish, said that 2014's stagnant economy limited consumers and retail sales worldwide. "The direction of the retail sector in 2015 will be mainly dependent on stability in the largest economies. China, the Eurozone and many developing economies had a tough year. Meanwhile, the U.S. and U.K. economies continue their good performances, while continuing to giving strong signals for the future." Kalish added.

The U.S.-based retailer Wal-Mart leads the list with $476.3 billion in revenues, more than four times larger than its closest follower, Costco, with $105.2 billion. They were followed by French retailer Carrefour and German company Schwarz with $98.7 billion each and the U.K.'s Tesco with $98.6 billion. Amazon.com was listed as the largest e-retailer with $ 60.9 billion in revenues.