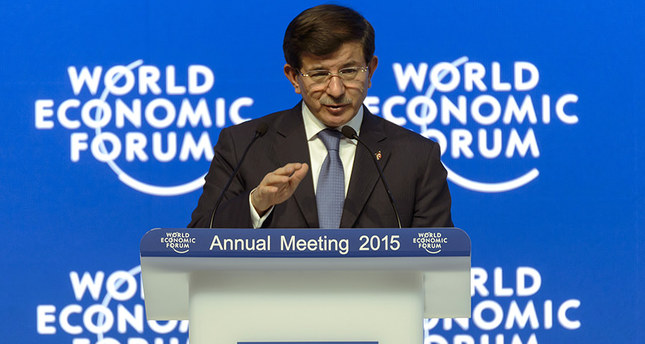 Some of the world's top finance executives, speaking at the "Why Invest in Turkey? Why Invest in Borsa Istanbul?" event organized at the World Economic Forum (WEF) in Davos, commended the progress made by Turkey in the recent decade, lauding the investment environment, but noted that any further development would necessitate significant economic reforms.

European Bank for Reconstruction and Development (EBRD) First Vice President and Chief Operating Officer Philip Bennett said Turkey had received the largest slice of credit from the bank in the past five years, arguing that the country needed a sound policy on innovation to make the jump to the high-income status. He said the EBRD would support the recently announced government reform package and efforts to transform Istanbul into a regional finance hub. Nasdaq CEO Robert Greifeld described Turkey as a "rising star," adding that economic growth and stability added to Turkey's attractiveness as an investment destination.

He also said bilateral agreements would make Borsa Istanbul into a dynamic player and added that they, as Nasdaq, were following Turkey's progress with delight. Nasdaq Executive Board member Glenn H. Hutchins, Turkey was already an attractive option for foreign investors and measures were being taken to further the appeal.

Prime Minister Ahmet Davutoğlu, speaking at the same session, said that Turkey has the necessary stability regarding its geographic location to make it a base for investments, and it has become a leading regional investment hub. Davutoğlu underscored that political stability enables investment in a country, as it eliminates risks and encourages investors, and stressed that 30 years ago, foreign investment in the country was about $14 billion while this number has now reached $146 billion.

Davutoğlu attributed the increase of foreign investment in Turkey to political stability and transparency, which have developed significantly over the years, as well as a series of legislative amendments to encourage more investments into the country. "Our programs will not only result in quantitative development, but will also produce qualitative results" he said, adding, "Turkey is a dynamic market, with a major labor force, which makes it suitable for every kind of investment".

The prime minister also highlighted that having an investment base in Turkey allows investors to reach 60 countries within a span of only four hours. Davutoğlu said that Turkey is open to all types of investment and said that the government will provide support for foreign investors. "In the case that foreign investors face obstacles, they should inform us so that we can assist them and remove the obstacles," he said.

Turkey attracted a foreign direct investment inflow in 2013 of $12.9 billion, and as of 2013, more than 36,500 companies with foreign capital operate in Turkey.

'One of the top 10 financial centers'

Deputy Prime Minister Ali Babacan noted that the decisions of the European Central Bank might prove to be helpful in the short term, but Europe definitely needs structural reforms. According to Babacan, Turkey would benefit from the loose monetary policies; however, such decisions should not mean economic policies should be loosened.

Babacan also emphasized that too much was being expected from the European and Japanese Central Banks, and said, "Central banks cannot be the single solution to all economic problems or issues related with the finance sector, and such expectations would be inappropriate. When we look at the economies of developed countries, there are many structural problems; therefore, while the European Central Bank's steps might prove to be beneficial in the short-term, without finding a solution to structural problems [in the long-term], economic recovery is not possible." Turhan also said that Turkish subsidiaries have become a savior for European banks during the economic crisis.

Lack of leadership in Europe

Babacan said that the problems in Europe were perceived as only a budget deficit; however, there were other issues related to credibility and also a lack of leadership, as political trends in Europe tend toward more self-enclosure and populism. He also emphasized that such policies are preventing structural reforms from taking place.