ECB’s trillion-euro move offers short-term boost, but at a cost 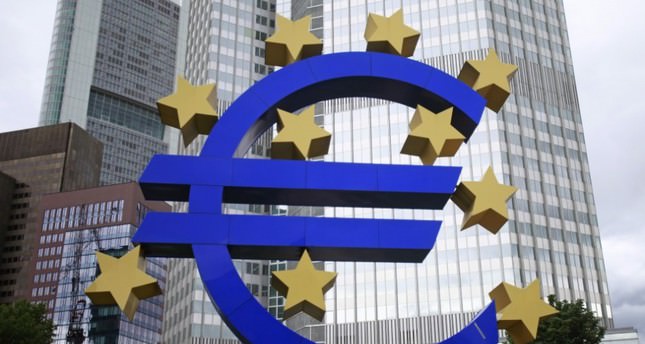 ECB’s new bound-buying program is expected to give breath to stumbling eurozone economies, however it comes with a cost. The divisions in the eurozone are deep, and breaks the principle that the bloc acts as one

ECB chief Mario Draghi's 1 trillion euros of fresh money could prove the masterstroke that saves the eurozone for now, but it breaks the principle that the bloc acts as one, a move that could ultimately undermine the currency he is trying to save. In monthly 60 billion-euro instalments from March, the European Central Bank will buy chiefly government debt at least until September of next year, or as long as is needed to revive inflation, which recently swung into reverse.

The commitment to buy until inflation is again headed for an annual increase of about 2 percent delivers on a promise Draghi made more than two and a half years ago to do "whatever it takes" to protect the euro. Those words halted speculative bets the financial crisis would destroy the currency. On Thursday, Draghi pulled off a similar coup, overcoming German opposition to deliver a larger-than-expected programme of printing money. European shares responded with their best two-week rally in five years. The value of the euro against the dollar - crucial for exports - fell to $1.265 from $1.40 in May.

But the price Draghi must pay, at Germany's demand, is a heavy one - abandoning one of the central principles underpinning the union, that all 19 countries in the eurozone are on an equal footing. "Before this decision, nobody could have questioned whether monetary policy is 'single'," said Guntram Wolff, the head of Brussels think tank Bruegel. "Now, investors can rightly ask whether monetary policy is single. This question will be an important issue in the coming months and potentially years."

For now, the plan may be enough to avert a deflationary spiral, where falling prices prompt consumers and businesses to postpone spending, exacerbating an economic slowdown. Consumer prices fell 0.2 percent in December as the price of oil tumbled, but that trend could be reversed by Draghi's bond-buying.

An internal ECB study two weeks ago suggested that 500 billion euros of quantitative easing, or money printing, would yield an increase in inflation of 0.2 to 0.4 percentage points, said a source familiar with the deliberation. That calculation would imply that the current programme, double the size, would add as much as 0.8 percentage points, albeit over many months.

Europe's leaders, from Italian Prime Minister Matteo Renzi to France's Francois Hollande were quick to welcome the ECB's move. They promised to continue delivering economic reforms, something Draghi has said is vital for money printing to work. "We must speed up (reforms) ... this is what France will do," Hollande told reporters after arriving at the Davos World Economic Forum. But it is unclear whether governments can deliver, after years of procrastination. Germany, in particular, is nervous.

Chancellor Angela Merkel reiterated her warning that money printing by the ECB should not result in countries putting off urgent reforms. "It's valid not only for Italy, but for everyone, that the ECB decision cannot be allowed to put the brakes on the fervour for reforms," she said on Friday at a joint press conference with Renzi in Italy.

The divisions in the eurozone are deep. Unlike the federal system of the United States, the eurozone provides no means for strong countries such as Germany to help weak ones such as Greece by transferring money. When Greece faced bankruptcy, it instead got loans on condition that it reformed. Berlin wants to keep it that way. Greece, where anti-bailout opposition group Syriza has pulled ahead in polls before Sunday's election, does not currently qualify to take part in the new ECB programme.

This also explains Germany's insistence that chiefly national central banks and not the ECB buy their own bonds and take the risk of a default. Draghi acknowledged these differences when he announced the buying scheme on Thursday. "We are not in a one-country set-up," he said. "We are in a multi-country set-up, so the issue of potential fiscal transfers coming from our monetary policy decision is there." Nonetheless and despite his concessions, there was some dissent at the meeting of central bank governors on Thursday.

Speaking to a German newspaper, the head of Germany's Bundesbank, Jens Weidmann, expressed concerns about the 'risks' of the new programme. Others, including the head of the Austrian central bank, Ewald Nowotny, also had misgivings. "One has to be aware that we have more or less shot our last wad," Nowotny said. Jubilant markets were ignoring that message on Friday. Some in Europe, however, were mulling the consequences. "I'm no economist," said one diplomat in Brussels, "but politically this looks like a terribly backward step." "It must make people wonder how far it is still a common currency."