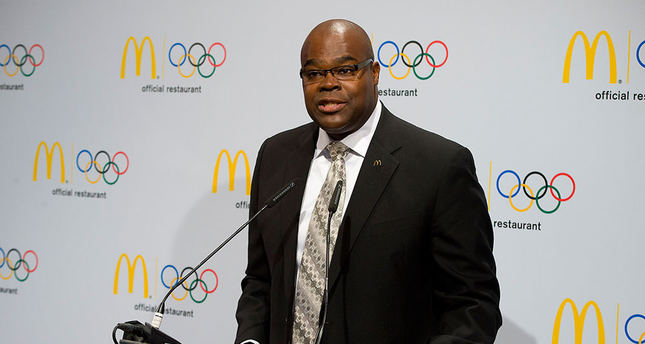 by Associated Press Jan 30, 2015 12:00 am
McDonald's CEO Don Thompson is stepping down as the world's biggest hamburger chain fights to hold onto customers and transform its image.

The company said Thompson, who has been CEO for two-and-a-half years, will be replaced by Chief Brand Officer Steve Easterbrook. Previously, Easterbrook has led efforts related to marketing and menus and served as president of McDonald's Europe.

McDonald's Corp., which has more than 35,000 locations around the world, has been struggling amid intensifying competition and changing attitudes about food. Earlier this month, the company reported falling earnings and sales and said it making major changes this year bring back customers and save money. It said it would slow down new restaurant openings in some markets. It's also making menu changes.

Thompson will leave March 1 after nearly 25 years with the company.

Among the challenges Easterbrook will inherit as the chief executive: the image that fast-food is junk food; the growing number of places like convenience stores selling cheap, ready-to-eat food and the surging popularity of places like Chipotle that position themselves as being of higher quality.

McDonald's says it's already working to address such issues, including a campaign designed to dispel common myths about its food. To address the popularity of more premium, customized burgers, it also plans to roll out an option that lets customers build their own burgers by tapping a touchscreen.

In after-hours trading, shares of McDonald's jumped 3 percent to $91.55. The stock has declined about 6 percent in the past year while broader markets are up in the double digits.