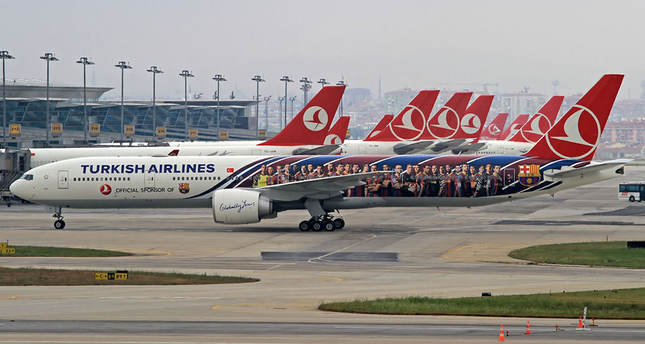 Speaking to Anadolu Agency reporters, Kotil said that Turkish Airlines grew by 16 percent in terms of passenger number in 2014 and they expect to maintain the same growth rate in 2015.

Kotil said that they will increase Turkish Airlines' destinations and flight frequency in 2015 and maintain their leadership with the most destinations.

Turkish Airlines fleet will increase by 34 planes to 273 planes by the end of 2015, Kotil said.

Pointing out that Turkish Airlines currently employs more than 3,500 pilots, Kotil emphasized that there are no pilots available in Turkey at the moment, and they are in need of hiring foreign pilots.

"It takes six years for a second pilot to become a captain. There aren't free captains in Turkey. That's why we hire foreign pilots. We cover our second pilot need from our own school and other schools in Turkey" Kotil said.