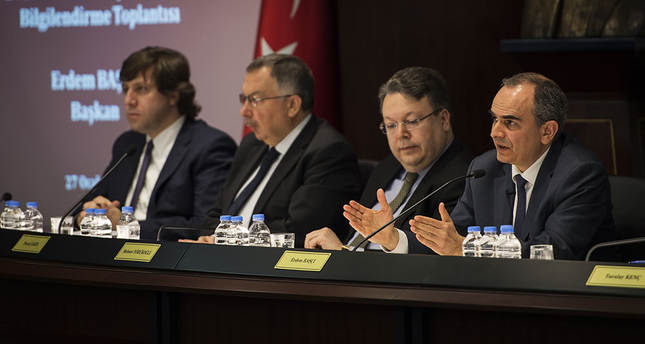 Eyes were on inflation data to be announced tomorrow, which could result in a further interest rate cut. But it seems like the central bank will not be able to keep its promise since parity fluctuations are creating concerns

As the Turkish lira drops to a low of 2.4451 against the dollar, the Central Bank of Turkey is faced with a dilemma of delaying promised cuts that might not stop the fall of the lira, or proceed with them, which may cause a further loss in value.

The bank cut the key interest rate by 50 basis points to 7.75 percent from 8.25 percent on January 20 after six months, but still failed to fulfill expectations. The Governor of the Central Bank of Turkey Erdem Başçı also said that a further cut would be announced on February 4 with an extra meeting if the expected decline in inflation is not met would be released on February 3. However, the lira began falling against the dollar since the announcement, setting records the entire week as parity reached 2.4451 yesterday. The lira has declined 4.4 percent against the dollar since the beginning of the year and lost nearly 4 percent in the past week.

"Recent movements in financial markets are not consistent with the degree of caution of the rate cut cycle envisaged by the Central Bank of the Republic of Turkey," Başçı said in a statement on Friday, suggesting that projected interest rate cuts may be delayed.

Despite the fluctuations of the lira, the criticism of high interest rates has not stopped. Representatives of Turkish communities, the economy minister and even President Recep Tayyip Erdoğan are waiting for more reductions from the bank to support production.

Speaking to Daily Sabah, economist and president of Nişantaşı University, Kerem Alkin, said: "The bank preferred to take its position to calm parity down after the currency basket reached 2.6 on Friday by remembering the negative effects of inflation on parity in January 2014, when the currency basket reached 2.72." Some politicians and businessmen still expect the central bank to hold the meeting on February 4, blaming high interest rates for high inflation.

"Financial costs are not as effective as labor costs, raw material costs and energy costs. Because of that, the bank management considers the negative effect of exchange rate hikes on energy costs and raw material cost is a bigger threat than financial costs" he said, "So, they prefer to stabilize currencies rather than decreasing interest rates."

A weak lira poses serious challenges to Turkish businesses as more than 80 percent of corporate debt is denominated in foreign currencies, according to central bank statistics. Servicing that debt becomes much more expensive when the lira is low in value. But a weak lira also stimulates growth in exports and manufacturing, analysts say. Başçı said on Friday that Turkey's inflation rate was falling and was perhaps on its way to hitting a historic low of 5 percent. A decline in the inflation rate from 8.17 percent in December to a level forecast at about 7.2 percent is expected to be announced tomorrow.

The government has regularly insisted that a large rate cut was long overdue.