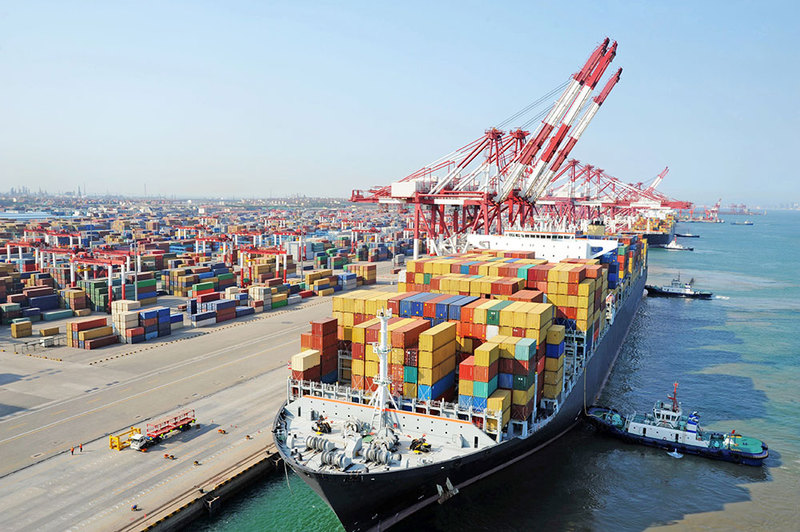 by Daily Sabah Mar 01, 2015 12:00 am
Turkish exports continued their poor performance in February, shrinking by 13 percent compared to in February 2014, according to data released by the Turkish Exporters' Assembly (TİM) on Sunday. The total worth of exports in February was announced as $10.495 billion.

Exports had also decreased by 9.8 percent in January compared to last year. For the first two months of 2015, the total decrease in exports was announced as 6.7 percent, reaching $22.826 billion.

TİM Chairman Mehmet Büyükekşi stated the main reason for the decline of exports was the decline in parity and poor weather conditions, which affected production and logistics.

"Foreign markets anxiously wait for a milestone, probably FED's decision. The argument regarding the postponement of the interest rate increase after the U.S. elections are on the agenda. Meanwhile, numbers point out a wide scale recovery in the U.S," Büyükekşi said while evaluating the current situation in the foreign markets.

Büyükekşi also emphasized that positive growth expectations in the EU and Eurozone are encouraging for Turkish exporters. The problems with Russian economy, and increasing negative effect of ISIS on close markets such as Yemen, Libya and Egypt along with Iraq and Syria were also cited by Büyükekşi as current problems for the foreign markets.

Regarding Turkey's Central Bank's (CBRT) interest rate decrease decision, Büyükekşi said that they find the CBRT's cautious approach positive, but they expect further moves from the CBRT to reach interest rates that will support Turkish exporters and provide an attractive environment for investments, a level that was cited as around a 6 to 7 percent key interest rate by Büyükekşi. He also pointed out to the problems caused by fluctuating currency rates since late 2014.

The tumbling euro/dollar rate poses significant risk to the Turkish economy due to its breakdown of export markets, in which EU countries are the largest export markets for Turkish goods, with a share of over 40 percent.

Exports increased by 1.7 percent to $155.014 billion in the prior twelve-month period. By the end of 2015, annual exports are expected to reach $173 billion within the Medium Term Program.

With $1.705 billion-worth of exports, the automotive sector was the leading sector of February 2015, followed by $1.267 billion for clothing and $1.175 billion for chemical products.

Germany, the U.K., Iraq, the U.S. and Italy were the top five export destinations in February. The exports to Germany decreased by 11.8 percent, followed by a 26.7 percent decrease in exports to Iraq and 15.7 percent decrease in exports to Italy. Meanwhile, exports to the U.K. and the U.S. increased by 5.1 and 16.5 percent respectively. Among the top 30 export destinations, exports to Iran increased by 19.9 percent, which proved to be the highest increase in February and consecutive two months. Exports to the EU, Africa and Middle East decreased respectively by 11.2, 28.3 and 7.5 percent, while increasing 14.1 percent to North America and 12.1 to East Asia.