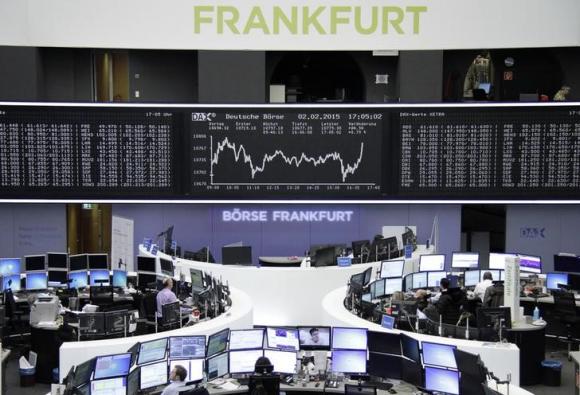 by Mar 05, 2015 12:00 am
The euro fell to an 11 1/2-year low against the dollar as U.S. and euro zone bond prices rose on Thursday, after the European Central Bank spelled out its 1 trillion-euro stimulus plan that begins next Monday.

Wall Street and European stock prices were supported by the ECB's latest effort to jumpstart the struggling euro zone economy, which has been a drag on global growth.

"Mr Draghi is showing that the ECB is determined to continue until it gets the results it needs. They are perfectly aware that they cannot afford to fail," said Mauro Vittorangeli, a senior fixed income portfolio manager with Allianz Global Investors in Paris.

Brent oil prices hovered near $61 a barrel in the absence of a deal with world powers on Iran's nuclear program. An agreement could loosen restrictions on Iran to sell its oil, exacerbating a global supply glut.

The rise in U.S. and European stock prices was limited by disappointing U.S. data and the prospect of an economic slowdown in China.

Beijing announced a 7 percent growth target for the year and signaled that the lowest rate of expansion for a quarter of a century is the "new normal".

In contrast, the dollar strengthened to 11 1/2-year peak against a basket of currencies ahead of Friday's U.S. payrolls report. The upcoming figures, if they show further improvement in wages and job growth, will reinforce an expectation that the U.S. Federal Reserve will raise interest rates later this year.