US Dollar rises 2.5% against Turkish Lira in one day setting new record at 2.6277 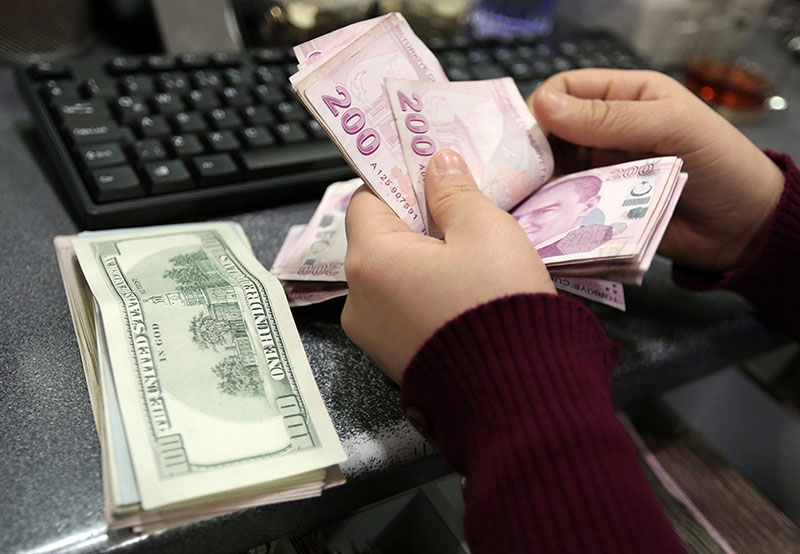 by Anadolu Agency Mar 05, 2015 12:00 am
The Turkish lira slipped to a new record low against the U.S. dollar early Thursday afternoon on the back of a strong U.S. dollar index and uncertainty over Central Bank of Turkey's rate policy.

Starting the day from 2.5628, Turkish lira sank to 2.6277, scoring a new record low against the dollar as the U.S. dollar index, which measures the dollar against a trade-weighted basket of six major currencies, is at 96, a height last seen in 2003.

Rising anticipation of further rate cuts from the Central Bank of Turkey is also pressuring the Turkish lira.

"Rising uncertainties over the central bank in the last two weeks, as well as sharp fluctuations in exchange rates which raise question marks about the interest rate policy of the central bank, created a negative atmosphere in markets," ALB Securities Analyst Enver Erkan said.

"Also the trend of positive data coming from the U.S. rising anticipation of a Federal Reserve rate hike created a rally in the dollar index and cause tension in all emerging markets," Erkan said.

Analysts await the non-farm payroll statistics on Friday which, if positive, will support the likelihood of a Federal Reserve interest rate hike.

The dollar index hovered around 96.17 in early afternoon trading with a 0.22 percent increase.