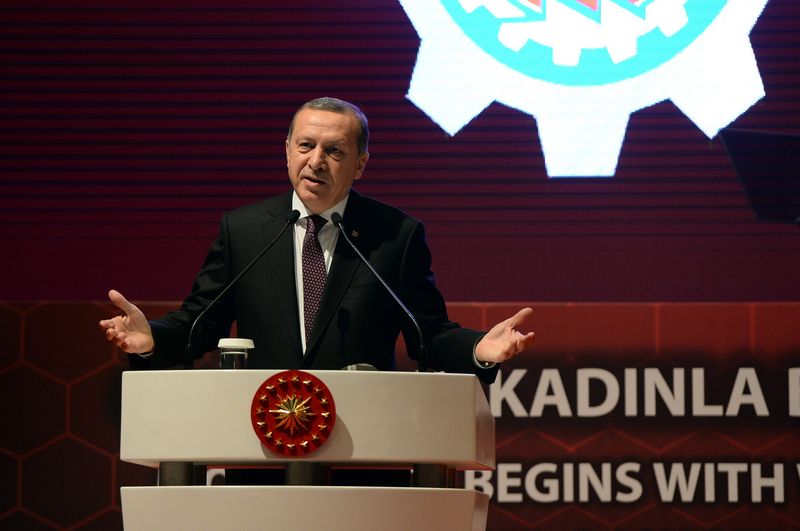 by Anadolu Agency Mar 08, 2015 12:00 am
Turkey's President Recep Tayyip Erdoğan signaled Saturday that the government would take necessary steps next week to stop the slide of Turkish lira against the U.S. dollar.

"Next week, we are going to do what it takes," he said in southeastern Gaziantep province.

He warned against investing in U.S. dollar, saying: "Do not think you can get rich converting Turkish liras to U.S. dollar. If you did -- you did wrong, you hit the wall."

"Some want to create dollar-rich people," he said.

At one point, the dollar was buying as many as 2.64 Turkish liras on Friday, an all-time record.