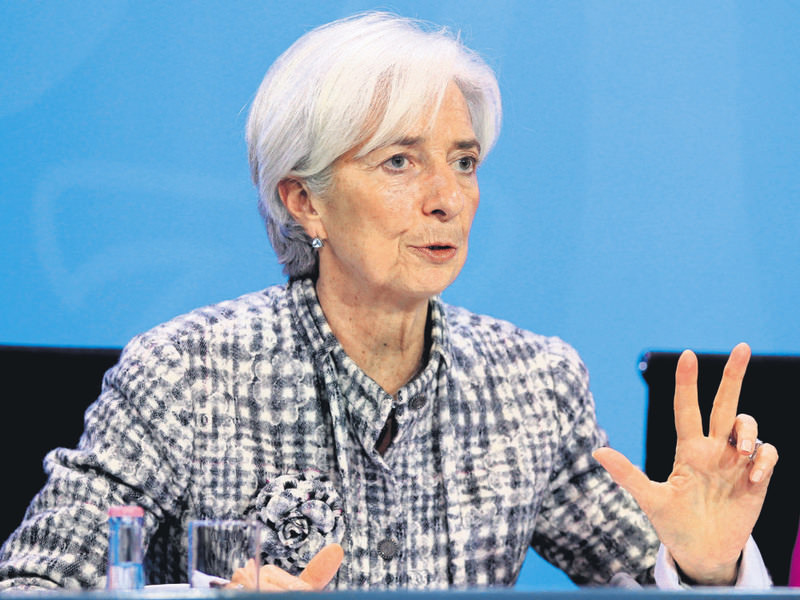 by Associated Press Mar 22, 2015 12:00 am
International Monetary Fund chief Christine Lagarde said Sunday that China's economic slowdown is legitimate and that Beijing can contribute to global prosperity. Speaking at the opening of the China Development Forum in Beijing, Lagarde praised Beijing for its work to build a legal system and address pollution. She said she welcomed Beijing's efforts to boost investment outside China, referring to the new Beijing-led Asian Infrastructure Investment Bank. She said China is "clearing the path to further engagement with the world through investment, trade and more participation in the multilateral dialogue."

China established the regional lending institution last year and put up most of its initial $50 billion in capital with the goal to finance construction of roads and other infrastructure. At the forum, Chinese Vice Premier Zhang Gaoli said environmental protection and sustainable development will be Beijing's priorities. Meanwhile, China has the capacity to curb short-term capital flows, central bank governor Zhou Xiaochuan said. China has experienced a wave of capital outflows in recent months amid jitters about China's protracted economic slowdown and expectations that the U.S. Federal Reserve will raise interest rates at some point this year.
Last Update: Mar 23, 2015 12:12 am
RELATED TOPICS