‘Moody's won't to change its outlook on Turkey' 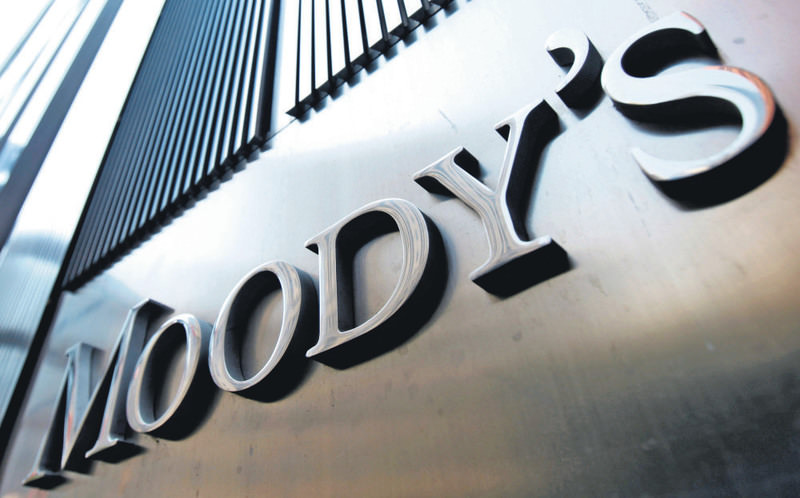 by reuters Apr 06, 2015 12:00 am
Economists have noted that they are not expecting any changes in Moody's credit rating and outlook on Turkey, which will be announced next Friday. Moody's, which increased Turkey's credit rating to "investable" in May 2013, will reveal its first review for 2015 on Friday April 10. In April 2014, the credit rating agency changed Turkey's outlook to negative, while not changing its long-term credit note; however, the agency had not made any evaluations of the Turkish economy in its interim meetings in August and December.

According to an Anadolu Agency (AA) reporter, economists have stated that they are not expecting Moody's to make any changes in Turkey's credit rating and outlook in next week's evaluation. Ziraat Yatırım economist Bora Tamer Yılmaz noted that Moody's evaluations are usually parallel with Fitch's evaluations, which is another globally acclaimed credit rating agency; however, since Moody's' outlook is based on "totals risks" instead of focusing on individual risks, Fitch's outlook on Turkey might be at a higher level. Yılmaz also said that while the FED risk, geopolitical risks and external financing risks are considered individually, they are not very high risks and are impairing the Turkish economy according to the standards of Turkey. "However, since 2015 the FED is expected to increase interest rates, geopolitical risks to continue and an increase is predicted in foreign exchange debts of developing countries, Moody's might indicate that 2015 will be a tough year for the Turkish economy," added Yılmaz.

Reminding that when all risks are considered together, Moody's is hesitant about the Turkish economy's reaction, Yılmaz stated that Moody's would refrain from making any changes in Turkey's credit rating and outlook for the first quarter of 2015. Yılmaz also noted that while the increases in energy prices has positive effects in Turkey, concerns about the FED increasing interest rates in the market is diminishing, economic activities are expected to slow down in the first quarter of the year and the recovery observed in the Eurozone not to be reflected in the real economy of Turkey will cause Moody's to not change its evaluations. "But, if the Turkish economy's reactions to said risks becomes evident in the coming months, Moody's might change its outlook to 'stable,' " added Yılmaz. The Investment Consultancy and Research Director of Halk Yatırım, Banu Kıvcı Tokal, stated that Moody's outlook rating on Turkey's banking sector last month was negative due to decreasing growth rates and exchange rate volatility. Although the report said the Turkish banking system was "resilient," Tokal added that due to dependency on external financing, fluctuations in developing countries due to global capital movements, uncertainties about deflation and the upcoming local elections, no change is expected in the credit rating agency's outlook on the credit rating of Turkey. Piotr Matys, the Developing Markets Foreign Exchange Rate Strategist at Rabobank, also had a similar expectation to the other economists and noted that Turkey's current account deficit was financed by short-term capital flow; therefore, Moody's might consider Turkey to be the country that will be affected the most within other developing countries from the normalization of the FED's monetary policies.
Last Update: Apr 06, 2015 2:16 am
RELATED TOPICS