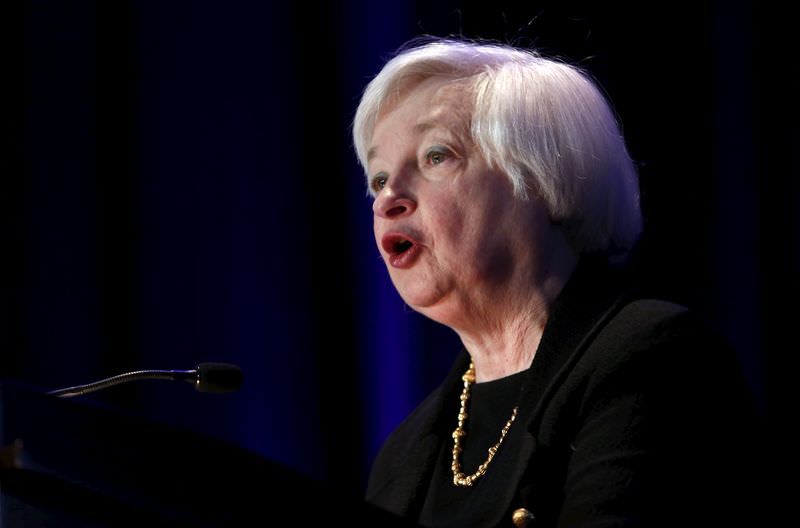 by Associated Press Apr 08, 2015 12:00 am
Fed officials disagreed widely last month on when they might begin lifting interest rates from record lows.

The minutes of the March 17-18 meeting released on Wednesday reveal that several policymakers predicted a rate hike in June, while others concerned about low inflation didn't think a rate hike would be warranted until later this year. Still others said the economy wouldn't be strong enough for an increase until 2016.

The Fed's benchmark interest rate has been near zero since December 2008.

In the statement the Fed issued after its meeting, it signaled it was moving closer to a rate increase by dropping language it had been using since December that it would be "patient" before starting to raise its benchmark rate.

The minutes stated that "almost all" the policymakers agreed on the wording change.

With the economy improving, "they preferred language that would provide the committee with the flexibility to subsequently adjust the target range for the federal funds rate on a meeting-by-meeting basis," the minutes said.

But the minutes, which were released after the customary wait of three weeks after the meeting, showed there was no consensus on the exact timing of the first rate hike.

"Several participants" assessed that an improving economy would likely warrant the start of rate hikes in June. But other officials expressed concerns that falling energy prices and a stronger dollar would keep pushing inflation below the Fed's optimal level of 2 percent. They said the central bank should hold off until later in the year.

"A couple" of Fed officials said they did not believe economic conditions would justify the start of rate increases until 2016.

Federal Reserve Chair Janet Yellen told reporters at a news conference following the meeting that just because the Fed had dropped the word patient, it did not mean that the central bank would become "impatient" in deciding when to start raising rates. She also stressed that the Fed's first rate move would be dependent on how the economy, including the job market and inflation, performs in coming months.

In a speech two weeks ago in San Francisco, Yellen stressed that when rate hikes do begin, they are likely to be very gradual.

Many private economists now predict the Fed's first rate hike will not occur until the September meeting, and they expect just two small quarter-point increases this year.

Analysts point to a slew of disappointing economic data recently, including Friday's jobs report, which showed that employers added just 126,000 jobs in March. The data indicate that growth in the world's biggest economy decelerated in the first quarter.
Last Update: Apr 09, 2015 11:58 am
RELATED TOPICS