Iran can be alternative route for annulled Egypt ro-ro deal 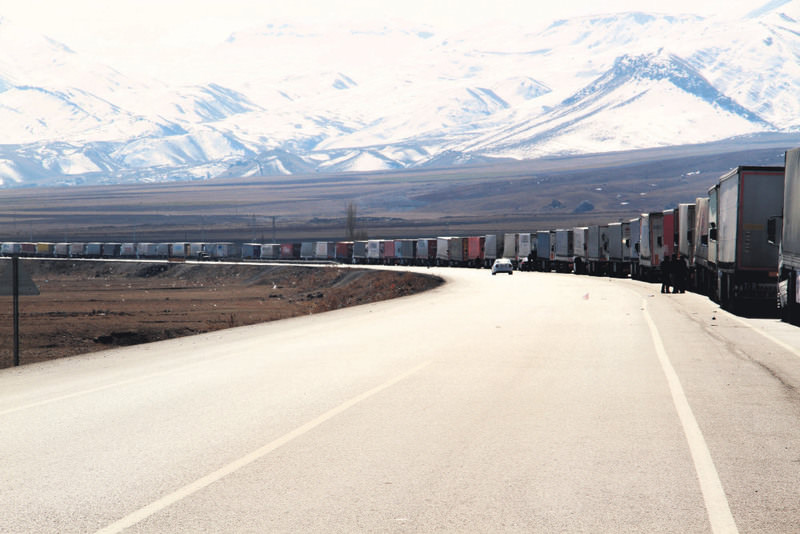 by Daily Sabah with IHA Apr 10, 2015 12:00 am
Egypt had announced that it unilaterally annulled the Memorandum of Understanding for Ro-Ro and Highway Transit Transportation, and would not extend it after April 2015. In turn, Economy Minister Nihat Zeybekci said Turkey had different alternatives, and exports to the region would continue via Iran.

After holding talks with Czech Industry and Trade Minister Jan Mladek, Zeybekci answered the questions of the press.

"This [export via Ro-Ro transportation] equals 2 percent of our total exports to that region. In other words, it is quite an insignificant figure to which we can find other solutions easily," Zeybekci said. "I want to emphasize that this kind of transportation is more expensive than sea transportation which uses normal containers. Such a transportation agreement had been signed with Egypt. We aren't willing to see that Egypt preferred to hinder this form of transportation, which is conducted between Turkish and Egyptian shipping companies because I believe that the most important ties between countries are economic ties. Economic relations affect relations in other fields, similar to an engine."

Zeybekci stressed that the Turkish economy and Turkish shipping companies will not be affected by Egypt's decision. "I wish this kind of approach won't happen. But if it does, Turkey's economy, transportation sector and exports won't be affected even in the slightest degree. Therefore, we negotiated this issue with Iran. We currently have no problem reaching the Arabian Peninsula, which we alternatively entered through the Red Sea, through the Persian Gulf. We know we can use that route. Our fellow citizens should be relieved," Zeybekci said.

When asked about the latest situation concerning Turkey's attempts to become a member of the Asian Infrastructure Investment Bank, Zeybekci said, "We conveyed our intention. As a nation, we said we would be together with the nearly 21 or 22 countries that are part of the Asian Infrastructure Investment Bank. This will be exerted in the name of Turkey and is about participation. The technical details will be established in the upcoming days. We conveyed our decision about how much capital Turkey will contribute, and it was accepted."
Last Update: Apr 10, 2015 1:45 am
RELATED TOPICS