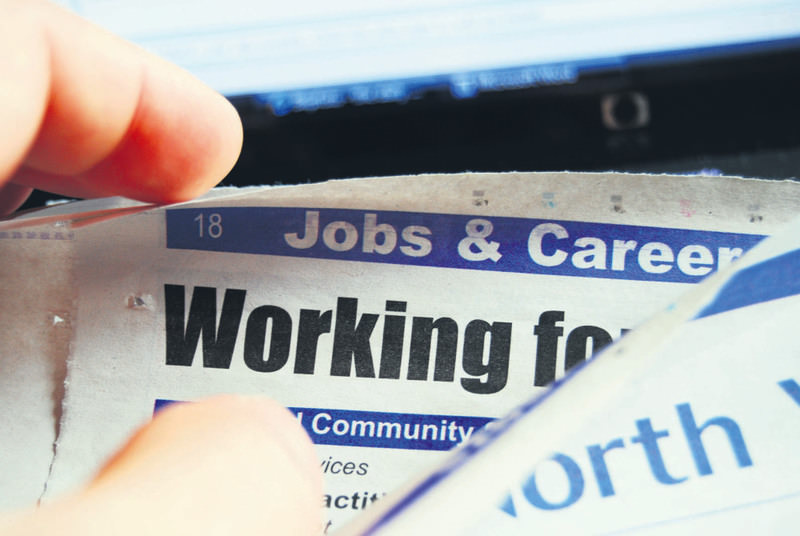 by Associated Press Apr 16, 2015 12:00 am
The number of Americans seeking unemployment aid rose for the second straight week yet remained at a low level that is consistent with more hiring. Applications increased 12,000 last week to a seasonally adjusted 294,000, the Labor Department said Thursday. Despite the increase, other data suggests that the number of laid-off workers applying for benefits is still quite low.

The four-week average, a less volatile measure, ticked up 250 to 282,750, just barely above the previous week's level, which was the lowest in nearly 15 years. With fewer Americans seeking aid, the number of people collecting benefits fell to 2.27 million, the lowest in more than 14 years. The benefit rolls have dropped because some unemployed have found jobs, while many others have used up all the benefits available. Weekly applications are a proxy for layoffs. The average has fallen 11 percent in the past year, evidence that companies are cutting fewer workers and may hire more staff.

The economy is stumbling through a period of slower growth, but when applications are below 300,000, that suggests employers haven't been spooked enough to cut many jobs. That, in turn, could also be a sign that the growth slowdown will be temporary. Hiring was sluggish last month. Employers added just 126,000 jobs in March, the fewest in 15 months and snapping a year-long streak of monthly gains above 200,000. The unemployment rate remained 5.5 percent.

The slowdown in hiring followed a spate of indicators that point to a slowing economy. A stronger dollar has made U.S. exports more expensive overseas, cutting into sales and weighing on factory production. Lower oil prices have also caused oil and gas drillers to order less steel pipe and other drilling equipment. Factory output ticked up 0.1 percent in March, the Federal Reserve said Wednesday, its first increase since November. But the gain was driven entirely by higher auto production. And it follows a drop of 0.2 percent in February and a steep 0.6 fall in January. Consumers are also spending cautiously. Many Americans appear to be saving the windfall from lower prices at the pump or using it to pay down debt. Retail sales rose in March, the Commerce Department said Tuesday, but the increase was driven largely by auto sales and came after three months of declines. Many economists now forecast that the economy will grow at a 1 percent annual rate in the first three months of this year, or less. That's down from 2.2 percent in the final three months of last year.
Last Update: Apr 16, 2015 11:07 pm
RELATED TOPICS