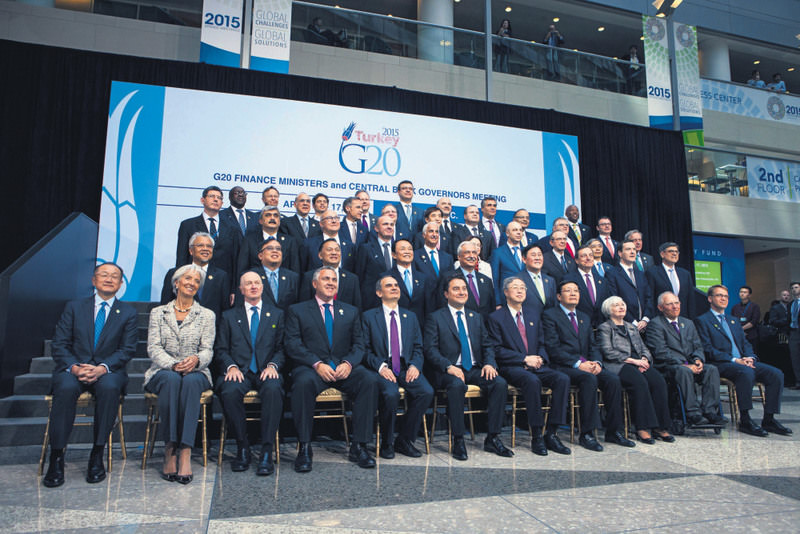 During Turkey's G20 presidency, the country is seeking support from member countries to establish the W20 - a platform for businesswomen to narrow the gender gap in terms of involvement in economic activities

Turkey is building support among businesswomen to form their own Women 20 (W20) group under the aegis of the G20 to globally increase the role of women in the business world. During its G20 presidency term in 2015, Turkey wants to give an official forum to the W20 group, which will be similar to the existing B20 group.

"The issue of increasing the participation rate of the women's labor force is a top priority for Turkey and many other countries," Nilüfer Bulut, the head of the Turkish Businesswomen's Association, told Anadolu Agency on Friday. "The fact is that the problems faced by women in business life as well as social life are generally similar to each country. To eliminate discrimination against women, such as their inability to take part in the decision making process, hindrances to becoming top executive members and equal pay issues, a common struggle must be waged," Bulut said. Bulut said that the sensitivity of international organizations towards the discrimination suffered by women in politics and social life was not enough. "They should take an initiative and play an active role in it," she added.

Bridging the gender gap Turkey, which has one of the biggest gaps between male and female workforce participation rates among G20 countries, hopes to find common ground among G20 nations to push the idea forward.

The G20 is already committed to reducing the gender gap by 25 percent by 2025 and add billions of dollars to economic growth as well as tackling inequality. Across G20 nations, it could bring an additional 100 million women into G20 labor markets. For Turkey, the commitment would mean the creation of an additional few million jobs for women and lifting the numbers of women's participation in the workforce from 30.8 percent of adult women to 40 percent. There are also very few women in top managerial positions in Turkey, only 12.2 percent, according to recent statistics from the Geneva-based International Labor Office. Turkey is ranked 45 out of 48 countries in the office's research for the percentage of women in high-level corporate positions, below Thailand and above Ukraine.

B20 to close the gap Deputy Prime Minister Ali Babacan, a key figure responsible for Turkey's G20 presidency, recently said that a separate W20 operating under the G20 would be very helpful to closing the gender gap.

Babacan said at the G20 Sherpa Meeting in Istanbul that the W20 would focus on improving the role of women in business. "Recently, we have received an offer to establish a W20, meaning Woman 20. The idea is how to increase the role of women in business and how to make women more effective in business. It's very important for us to hear your views ... as the government, we are willing to do it, but it will be possible only if there is strong support throughout the G20 platform," he said. He also said that G20 countries should work with non-G20 countries on this important issue. "Ultimately, this is important in terms of employment and bringing about a stronger development of the global economy. As women join the workforce, a country's efficiency ultimately increases. We want the W20 to start as the innovation of our presidency and become a memorable aspect of the G20," he added.

Even in G20 countries, which consists of 20 major economies of the world, men were able to find jobs much more easily compared to women and women could not take part in business life as much as they should, Türktan said.
Last Update: Apr 19, 2015 10:33 pm
RELATED TOPICS