Albayrak: Political stability is the key for economy 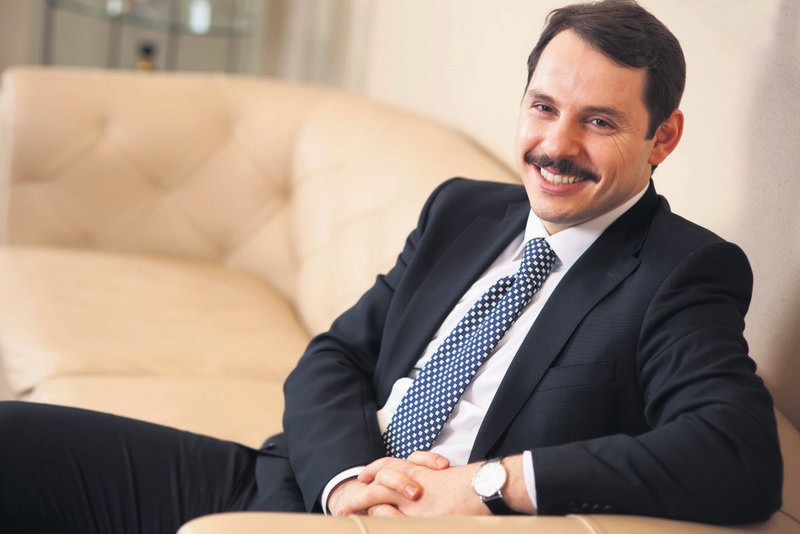 by İsa Tatlıcan Apr 20, 2015 12:00 am
Turkish citizens will vote in the parliamentary elections for the 18th time on June 7. The Justice and Development Party (AK Party), which triumphed in two major elections after the Dec. 17-25 coup attempt, is getting ready for its third and most important test. The party, which is renewing its deputies by establishing a three-period rule, plans to form the 63rd government that will carry Turkey to its 2023 vision with young political figures. Among the AK Party's young and well-supported deputy candidates, Turkish daily newspaper Sabah's economy columnist Berat Albayrak, who worked as a manager in the private sector for many years, stands out. We talked to Albayrak about the private sector, politics and his targets in his career and in the political arena.

"The AK Party is the only dynamo of change, transformation, political and economic development in Turkey. Continuity of political power is the most important issue following the elections. The AK Party has buried the traditional political approach in Turkey. Today, it is clear that those who scatter promises around do not know anything about mathematics and calculation," said Albayrak referring to the opposition parties' promises for the post-election period.

SABAH: After working as a senior executive in the private sector for many years, why did you decide to go into politics?

Berat Albayrak: Actually, I have been in politics since I was little. Politics has always been a part of our lives. Hence, I was always familiar with politics as the son of a father who is the leader of a political movement that left a mark in Turkish politics. Right now, I have decided to enter politics to use my experiences in the educational sphere as well as the private sector to serve the Turkish people. I thank the AK Party administration for offering me this responsibility.

SABAH: Why did you choose the AK Party?

BA: The AK Party is the only dynamo of change, transformation and political and economic development in Turkey. Considering the regional and international conjuncture, the AK Party is the only party that can handle this process. The most successful governments in Republican history have been led by the AK Party, which gave a boost to Turkey in every field thanks to their practices over the last 13 years. Beyond that, it is not possible to see myself in another movement considering the way I was brought up.

SABAH: What kind of reactions have you received since you declared your nomination?

BA: I have received very positive feedback. Many people stated that they will always support me materially and spiritually with their prayers. I will work with all my strength to be worthy of people's expectations. For us, office and position only means serving the people. God willing, we will spend all our time working towards that goal.

SABAH: You have been writing articles about economics at Sabah newspaper for two years. Are we going to see you dealing with economic issues when you enter politics?

BA: To be honest, I think we should deal with processes rather than results. We are going to use our background and experience in the direction that the top executives of our party want to go. The issue that we all have to focus on right now is the elections. For this reason, our primary responsibility is to tell people of our 13-year success story and what is going to be done from now on to build a new Turkey.

SABAH: With what kind of economic vision can the AK Party sustain its success in the upcoming period?

BA: I am always saying this: the AK Party has always been a symbol of trust and stability. It has been a party of actions and operations rather than just discourse. It buried the political concept known as "five more than whoever gives whatever."

It is obvious that those who deliver rhetoric full of empty promises understand neither mathematics nor calculation. Thinking of the saying "actions speak louder than words," we have to ask this question: Can they tell us which municipalities they won before have kept their promises to give TL 600 ($222) under the title of poor relief? The opposition party's out-of-date style and manner, which is aimed at deceiving people, is headed for the last round.

SABAH: What would be your comments about the political outlook that will be formed on June 8?

BA: No matter what kind of scenario they work on, we have seen in previous elections that the perception of our people is clear. People see and appreciate the actions which we perform. They are also aware of the games being played and they haven't allowed and they won't allow this to change their minds. I believe that those who attempt to perform social engineering or political engineering with imported public relations strategies will be completely defeated once again in the ballot boxes. The only policy we've ever followed is to look into the eyes of our citizens and be worried about their worries. From now on, this will continue to be our fundamental criterion and our criterion for success. Accordingly, I believe wholeheartedly that stability will continue to grow stronger with our people's courtesy in the process after elections.