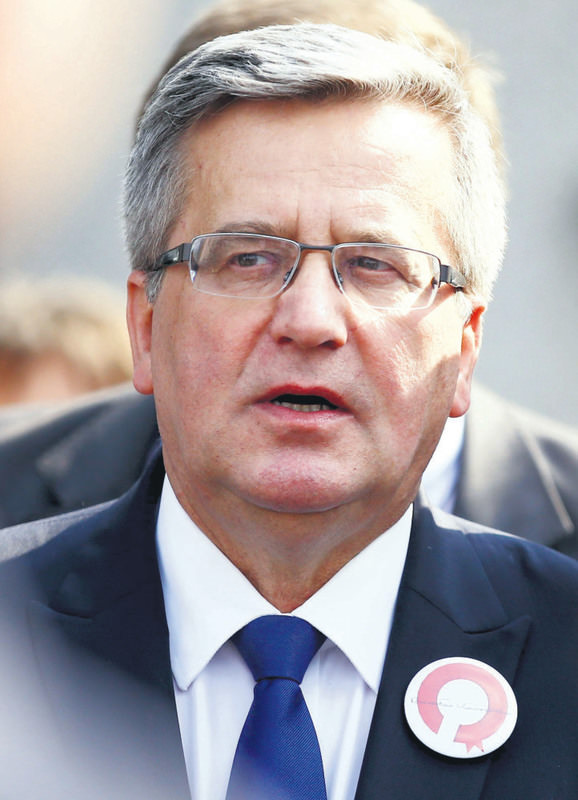 by reuters Apr 26, 2015 12:00 am
One of the most vocal advocates of Poland's adoption of the euro, President Bronislaw Komorowski, has ditched the issue as he campaigns for re-election next month, a sign of how toxic it has become for voters. On the evidence of Komorowski's campaign, the largest economy in Central and Eastern Europe is unlikely to join the troubled currency union for years. Just last October, the 62-year-old said it would be harder for Poland to wield international influence if it stayed outside the eurozone, and called for more public debate. Then, last month, with his ratings falling, he told state TV: "I have proposed not to discuss entry to the eurozone until we meet the criteria," describing the issue as "illusory" for now. The shift sends a message to Komorowski's centre-right allies in the ruling Civic Platform party, who face their own election later this year, that there is little to be gained by running on a pro-euro ticket. "The spectre of Greece is haunting us," said Kazimierz Kik, a political scientist at the Jan Kochanowski University in the city of Kielce. "Komorowski could have lost votes if he had stuck with his line." While Poles rank among the most enthusiastic supporters of the European Union, Greece's debt woes and the chance that it could leave the 19-nation eurozone have put them off the single currency. Pollster CBOS last October found 68 percent of Poles opposed to joining the euro, with just 24 percent in favour. Meanwhile Komorowski enjoyed over 50 percent support in surveys at the end of last year, enough for outright victory on May 10.
Last Update: Apr 26, 2015 9:36 pm
RELATED TOPICS