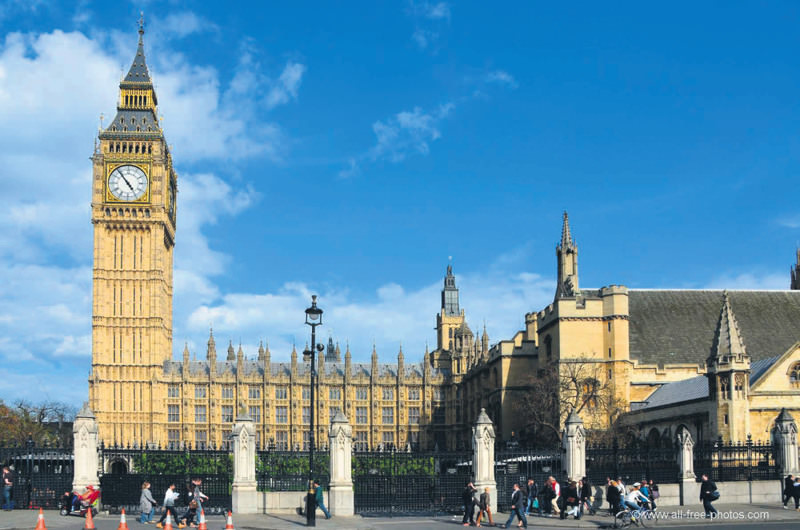 by Anadolu Agency Apr 28, 2015 12:00 am
The U.K. economy grew by 0.3 percent in the first quarter of 2015, according to official figures released on Tuesday - the slowest rate in two years. With nine days to go to the general election, the economic slowdown came as a blow to the ruling Conservative-Liberal Democrat coalition.

Danny Alexander, the Liberal Democrat chief secretary to the Treasury, said underlying figures "show that we are still making solid progress across the wider economy."

The coalition parties have placed their stewardship of the economy at the heart of their campaigns for the May 7 vote, warning that the opposition Labour Party would put economic recovery at risk. Labour Shadow Chancellor Ed Balls cited the figures from the Office for National Statistics as evidence that the economy was still in trouble.

"While the Tories [Conservatives] have spent months patting themselves on the back, these figures show they have not fixed the economy for working families," he said in a statement. Britain's economy grew by 0.6 percent in the last three months of 2014 and by 0.7 percent in the preceding three months.

Richard Edgar, economics editor for ITV News, described the latest figures as "well below expectations." Economic consultant Howard Archer of IHS Global Insight, said: "Given that the Conservatives and Liberal Democrats are hoping that many undecided voters will ultimately decide to vote for them due to their management of the economy, this marked slowdown in growth is particularly unwelcome news coming just over a week before the general election."

Economists had predicted 0.5 percent growth between January and March, but a 1.6-percent fall in construction output offset growth in the services industry, the U.K.'s largest sector.

According to the statistics office, the U.K. economy is 2.4 percent larger now than it was during the same period last year, making Britain's economy the fastest growing in the seven leading industrialized countries.

"It's good news that the economy has continued to grow, but we have reached a critical moment," said Chancellor George Osborne said. "Today is a reminder that you can't take the recovery for granted and the future of our economy is on the ballot paper at this election."
Last Update: Apr 28, 2015 11:27 pm
RELATED TOPICS