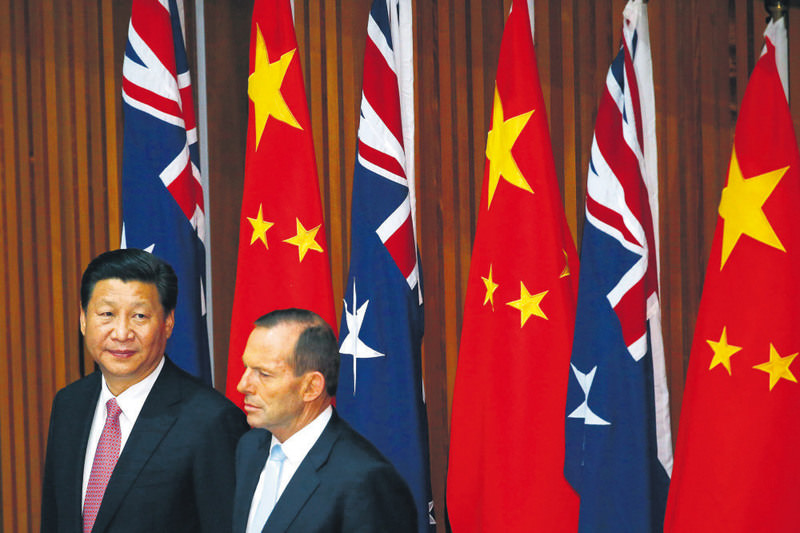 by May 01, 2015 12:00 am
China has for the first time overtaken the United States as Australia's largest source of foreign investment, according to official data, laying out Aus$27.7 billion (US$21.8 billion) in 2013-14 as real estate purchases more than doubled.

The Asian economic giant's spending in Australia for the year ending June 30, 2014 far outstripped the Aus$17.5 billion from the United States - which was the biggest investor for more than a decade - and Canada's Aus$15.4 billion, the Foreign Investment Review Board (FIRB) said in its annual report. The Chinese surge was driven by Aus$12.4 billion in approved investments in property, the report released Thursday said. That compares with Aus$5.9 billion in the previous financial year. "For the first time, China was the largest source of proposed foreign investment in Australia, mainly driven by a large increase in residential real estate approvals," the report said.

The new report followed the Australian government's move in February to enforce foreign investment rules as concerns grow that foreign buyers are squeezing local house seekers out of the market. Chinese investment for 2013-14 also included Aus$3.3 billion in the manufacturing sector, Aus$5.7 billion in mining and Aus$6.2 billion in services. Rounding up the top five foreign investors were Malaysia at Aus$7.2 billion and Singapore at Aus$7.1 billion. The Australia government in February highlighted plans to crack down on illegal property purchases and charge application fees on all foreign investments. Cashed-up foreigners, many from China, have been blamed for driving up prices in Australian property markets, particularly Sydney and Melbourne, and placing home ownership out of reach of many locals. In March, the government ordered China's Evergrande Real Estate Group to sell a Sydney mansion worth Aus$39 million, saying it was bought illegally under foreign investment rules. The FIRB's annual report said overall approved foreign investment in residential real estate in 2013-14 was Aus$34.7 billion from Aus$17.2 billion in the previous corresponding period.

China is already Australia's largest trading partner, with the nation's key mining sector dependent on its Asian neighbour's demand for resources. China's total investment in Australia for 2012-13 was at Aus$15.8 billion, which had made it the third-largest investor behind the U.S. and Switzerland, with the European nation's spending driven by a Aus$15.8 billion splurge in mining.
Last Update: May 01, 2015 8:18 pm
RELATED TOPICS