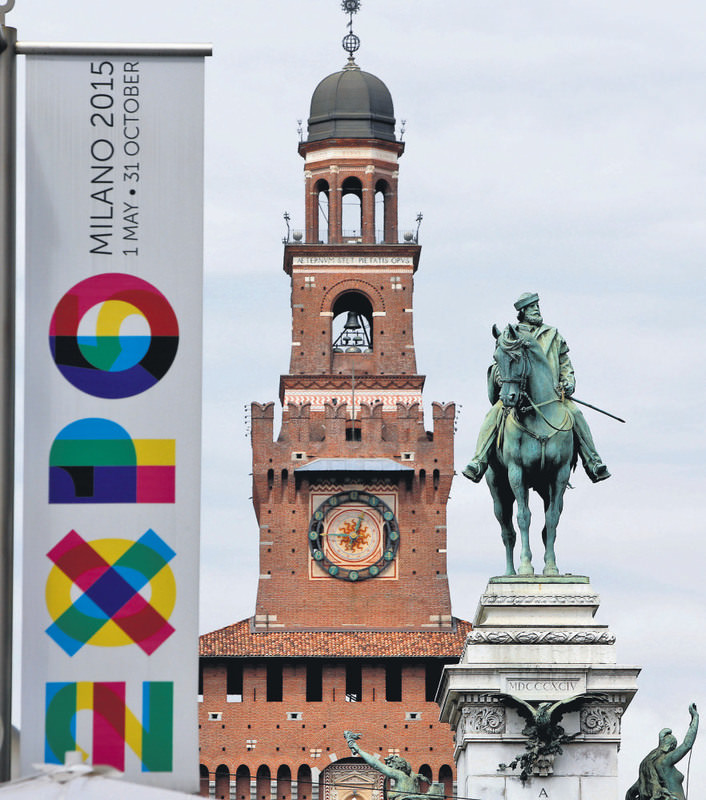 by May 01, 2015 12:00 am
Italy opens the Milan Expo on Friday, torn between hopes that the showcase of global culture and technology will cheer up a gloomy national mood and fears that it will be overshadowed by scandal, delays and street protests.

Prime Minister Matteo Renzi, who is counting on the Expo to reinforce fragile signs of economic recovery, says the event will be a litmus test for the future of Italy after years of stagnation and recession. But the event has already faced a corruption investigation that saw several top officials in the organising body arrested, cost overruns, and construction hold-ups that will mean large parts of the 110-hectare site will not be ready for opening day. Planned demonstrations by anti-Expo campaigners and fears of security incidents following a gun attack in a Milan courthouse last month have also dampened the mood. Officials say the problems will be forgotten once the six-month-long exhibition of products and technologies from around the world begins. The opening ceremony will include a message from Pope Francis relayed by television link from the Vatican.

With 10 million tickets already sold, they are counting on some 20 million people attending, and hope overall revenues will top 10 billion euros ($10.75 billion), half of it from foreign visitors. But the fair, which follows the 2010 Expo in Shanghai, has also rallied a diverse range of protest movements, from anti-globalisation and environmentalist groups to students and anti-austerity campaigners. Tens of thousands of demonstrators, grouped under the umbrella label NoExpo, are expected to take to the streets of Milan on Friday in protest against an event many see as a symbol of big business interests hiding behind a cover of green sustainability. Thousands of police have been assigned to counter the protests. On Thursday, parts of the city centre were closed off due to a smaller march by students carrying banners with slogans including "Our generation rejects Expo and what it represents".

Expo 2015 will feature interactive technological displays on the theme of "Feeding the Planet", with national pavilions from 54 countries presenting educational exhibitions and samples of local cuisine. Cultural events, futuristic architecture, a "supermarket of the future" and dozens of restaurants fill the site, which, critics note, required more than one square kilometre (250 acres) of farmland on the outskirts of Milan to be concreted over. In all, 145 countries are taking part, with 54 national pavilions. China, an increasing presence in the Italian economy after a string of high-profile business acquisitions, is particularly well represented.