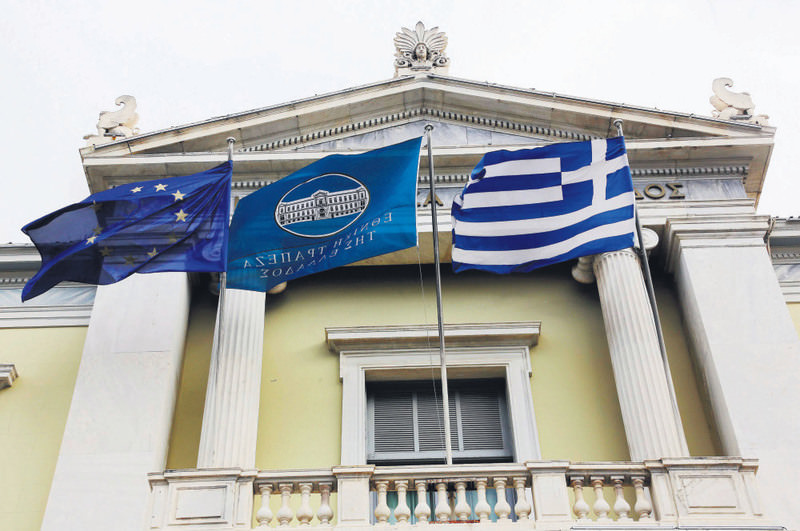 Greece's leftist government yesterday sought to deflect criticism over tensions with the Bank of Greece, saying it respected the bank's independence but was free to castigate the governor for actions he took as finance minister

Governor Yannis Stournaras's relations with the government have come under scrutiny in recent days after a newspaper accused him of undermining Greece's talks with creditors and government officials openly criticised him on other issues. "The Greek government hasn't opened any issue with Mr. Stournaras. If issues have surfaced, it wasn't due to the government's initiative," government spokesman Gabriel Sakellaridis told reporters. "The issue of the central bank's independence, which is fully respected by the Greek government, is above all an issue for the central bank to defend."

Any deterioration in relations between the two sides could worsen already difficult talks between Greece and its European Union and International Monetary Fund lenders, who have been angered by what they say is the Greek government's refusal to play by European rules.

The tensions come against the backdrop of limited progress in talks with lenders on a cash-for-reforms deal as Greece quickly runs out of cash. Athens emptied an IMF reserves account to pay the IMF this week, but now faces wage and pension payments later in the month and fresh debt payments in June.

"The Greek economy, and Greek people, are paying from their own flesh and as they continue to pay ... this hurts any prospect of growth," Sakellaridis said, adding Athens would try its best to meet obligations but needed more cash.

He said Greece is still aiming for a deal with lenders by end-May, and that Prime Minister Alexis Tsipras would step up contacts with EU leaders ahead of a summit in Riga next week.

In a boost for the negotiations, Athens followed through on a key concession to lenders by moving ahead with the sale of its biggest port Piraeus. It also said it could ask for an emergency euro zone finance ministers' meeting after the summit in Riga. Finance Minister Yanis Varoufakis suggested a debt swap to push back debt payments to the European Central Bank would help the country but that such an idea was out of the question because it filled ECB chief Mario Draghi's "soul with fear".

Germany's Bundesbank, meanwhile, showed no sign of easing off on its hardline Greek stance. Bank chief Jens Weidmann criticised the weekly top-ups of emergency liquidity assistance (ELA) to Greek banks, saying in a German newspaper interview that this broke the taboo of financing governments.

Stournaras was appointed central bank governor last June. Before that he was finance minister in the conservative-led government, where he spearheaded Greece's return to the bond markets in April 2014 after a four-year exile. But he also drew criticism from anti-bailout groups for implementing harsh spending cuts demanded by the EU and IMF. Energy Minister Panagiotis Lafazanis this week was quoted as saying Stournaras's role in winding down ATEbank - a small lender that gave loans to farmers - in 2012 was a "scandal".

Interior Minister Nikos Voutsis this week also questioned why Stournaras - who suggested Greece tap an IMF holding account to repay 750 million euros to the fund this week and avoid default - had not mentioned the funds earlier.

The latest tensions flared when the Efimerida ton Syntakton newspaper reported over the weekend the Bank of Greece in an email to journalists leaked economic data including deposit outflows during Tsipras's first 100 days in power. Hours later, officials at Tsipras's office called on the central bank to deny the report, saying the report, if true, "constitutes a blow to the central bank's independence." The Bank of Greece has denied that either Stournaras's office or the bank's press office sent such an e-mail.