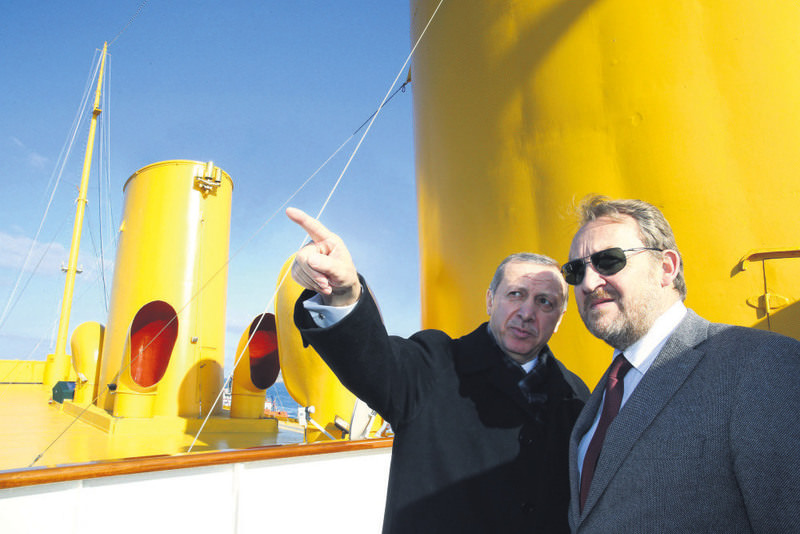 by Daily Sabah with AA May 19, 2015 12:00 am
President Recep Tayyip Erdoğan will pay an official visit to Bosnia-Herzegovina (BiH) today to strengthen trade ties. The president is traveling with a group of businessmen to discuss projects concerning energy and construction. The chairman of the Turkey-BiH Business Council of the Foreign Economic Relations Board (DEİK), Selman Ulusoy, said Turkey will impart a strong message during the president's official visit and highlight the country's willingness to invest in BiH. The visit aims to support economic relations between the two countries and to expand the areas of investment.

Ulusoy said their aim is to increase the foreign trade volume between the two countries from $500 million to $1 billion. In order to achieve this target, they are aiming to invest more in the area. During the visit, the parties will mainly discuss how a safe investment environment can be achieved as well as the facilities and benefits the Bosnian government can offer Turkish investors. "We want to focus on investments that will strengthen the cultural, historical and economic bridge between the two countries," Ulusoy added.

Stressing that Turkish investors have mostly invested in the manufacturing industry, Ulusoy said they will focus on energy, tourism, automotive spare parts and banking in the future. Ulusoy also said BiH is planning major infrastructure projects, and Turkish investors are especially interested in the country's highway project.

DEİK's Energy Business Council's chairman, Süreyya Yücel Özden, said due to its geographic location, BiH may serve as an expansion point for Turkish businessmen wanting to enter the European market. Underlining that BiH is an attractive zone for hydroelectric energy investments, Özden said along with the renovation projects of the 16 plants in the country, investors of both countries may cooperate on building new plants and selling electricity to certain European countries. "Furthermore, even selling electricity to Turkey may be considered, since such purchases would be a beneficial import for Turkey," Özden added.

According to Economy Ministry data, the biggest foreign trade partners of BiH are member countries of the EU. Yet, trade relations between BiH and Turkey have improved since the signing of the free trade agreement between the two (FTA), which came into force on July 1, 2003.

According to the FTA signed between Turkey and BiH, all customs taxes and taxes with equivalent effects applied to exports are waived and there are no non-tariff barriers and taxes on imports, which may cause trouble for Turkish exporters.

Last year, Bosnia-Herzegovina's total exports reached $6 billion, while imports were around $11 billion. When considering the most important foreign trade partners of the country, Turkey is in ninth place with a 3.2 percent share.

During Erdoğan's official visit, energy cooperation will be discussed, addressing BiH's electricity demands and also electricity exports to its neighbors such as Croatia and Slovenia.
There are currently 16 hydroelectric plants in Neretva, Trebisnjica, Drina, Vrbas and other locations, and the current hydroelectric potential of Bosnia-Herzegovina is more than 6,000 megawatts. Moreover, the country's approximate lignite reserves are around 2.3 billion tons. BiH also has strong potential in wind power, and the bio-energy, raw material resources of BiH are estimated to be around 1.5 million cubic meters.

A Bosnian member of the BiH Presidency Council, Bakir İzzetbegovic, had said last week that there are many clean rivers with high flow rates that can be used for energy plants in the country, along with coal mines, wood and many other metal and mineral resources that can be explored. He had also said that further investments made by Turkish businessmen in BiH are of the utmost importance.
Last Update: May 20, 2015 10:59 am
RELATED TOPICS