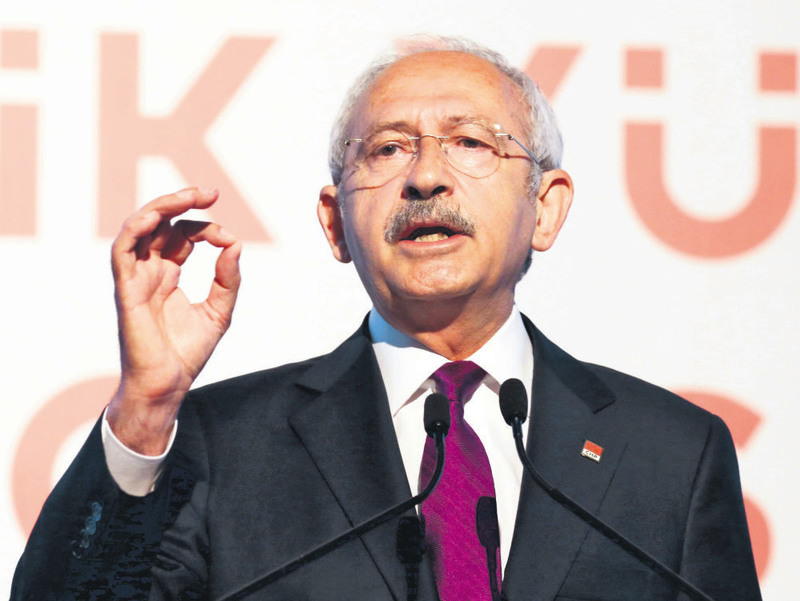 by Fatih Şemsettin Işık May 21, 2015 12:00 am
Turkey's main opposition party, the Republican People's Party (CHP), has revealed it wants to create a $200 billion megacity in Anatolia. On the campaign trail for Turkey's June 7 general election, CHP leader Kemal Kılıçdaroğlu told reporters yesterday that the new project would break ground in 2020 and be completed by 2035. Yet, as the party announced its "project of the century," it is important to bear in mind the project includes unrealistic promises and a contradictory attitude conveyed by Kılıçdaroğlu, who has been harshly critical of such giant projects in the past. According to the project, a city for 3 million people will be established that will become the center of Turkey and a place where the world economically accesses the country.

In consequence, it will transform Turkey into a central country. Products will be transported from the Caucasus to the Middle East, from Europe to the Black Sea Region. Kılıçdaroğlu said currently, products from Shanghai are delivered to Baku in 50-55 days, but with the implementation of the megaproject, they will be delivered in 15 hours and costs will be reduced by 15-20 percent. It was also said that the project will be a public-private partnership.

However, the idea behind the megacity the CHP presented was already mentioned by Prime Minister Ahmet Davutoğlu during a TV broadcast in 2004. While he was talking about Turkey being a center in the region, he said "Turkey must be a central country rather than a bridge. In order to be the center, not only diplomats and politicians but also intellectuals must change their mentality."

During that broadcast, Davutoğlu emphasized Turkey's potential to become a center in the region must be recognized. "The ultimate goal within the framework, in which strategic planning and the feasibility of governance is provided in terms of foreign policy, is to construct a reliable bridge between our historical significance, our current position and our vision, then make the Turkish 'center' a global actor in proportion to its potential," he said.

Furthermore, while the CHP's latest project clearly lacks originality, Kılıçdaroğlu's has in the past harshly criticized such giant projects. When then prime minister and current President Recep Tayyip Erdoğan announced the Kanal Istanbul project in 2011, Kılıçdaroğlu dubbed it one of Erdoğan's "crazy projects" and claimed Turkey does not need these sorts of projects. The following year he even said politics should not be conducted via "selling dreams." Yet, we must now debate why he and the CHP have declared such a giant project themselves, especially in the run-up to the general elections.

This "project of the century" was also harshly criticized by Finance Minister Mehmet Şimşek, as the CHP has a contradictory and insincere attitude toward the people. "The megacity project of the CHP mentality had prevented the privatization of harbors, and is against the third bridge and airport in Istanbul," Şimşek said on his official Twitter account. He also said, "Have a look at the program of transformation that includes tangible developments to transportation and logistics that was announced by the prime minister many months before. Turkey will become a center in 2019, not in 2035."

Kılıçdaroğlu's promise of the abovementioned project is also drawing skepticism about the ability of the party to govern such a huge metropolis, given the party's track record in İzmir, a city that has been governed by the CHP for many years. The city has gained a bad reputation for its insufficient infrastructure that has led to floods, which fosters skepticism concerning the CHP's ability to govern a megacity.
Last Update: May 21, 2015 9:40 pm
RELATED TOPICS