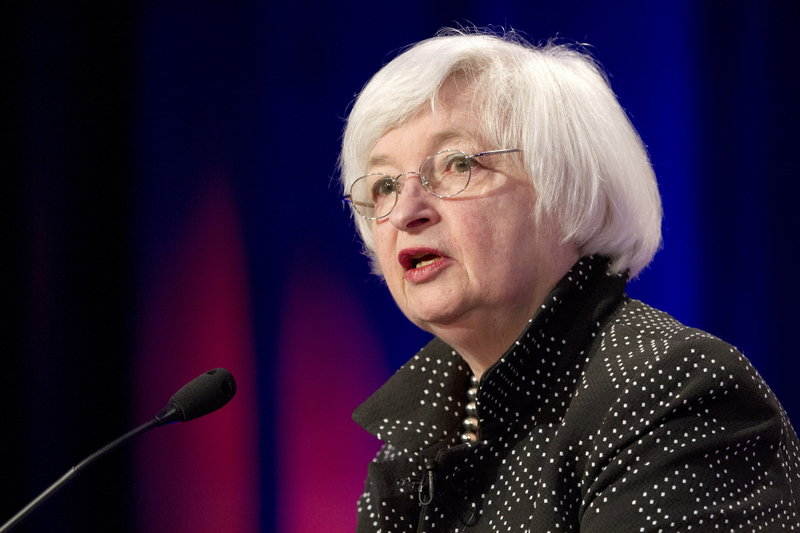 by May 22, 2015 12:00 am
Janet Yellen said Friday she expects the Federal Reserve to begin raising interest rates "at some point this year," saying delaying the long-awaited move risks the economy overheating.

But the Fed chair also stressed the economy still showed weaknesses, with significant job market slack not reflected in the 5.4 percent jobless rate.
The comments came two days after minutes of the Fed's policy board made clear that slow economic growth in recent months meant it was not expecting to increase the benchmark Fed funds rate before July, despite earlier forecasts of a mid-year hike.

Yellen said she expects the economy to bounce back from the stall in the first quarter, but that any decision needed to be based on clear improvement in the data.

"Delaying action to tighten monetary policy until employment and inflation are already back to our objectives would risk overheating the economy," she said in a speech to the chamber of commerce in Providence, Rhode Island.

"For this reason, if the economy continues to improve as I expect, I think it will be appropriate at some point this year to take the initial step to raise the federal funds rate target and begin the process of normalizing monetary policy."
Last Update: May 22, 2015 8:28 pm
RELATED TOPICS