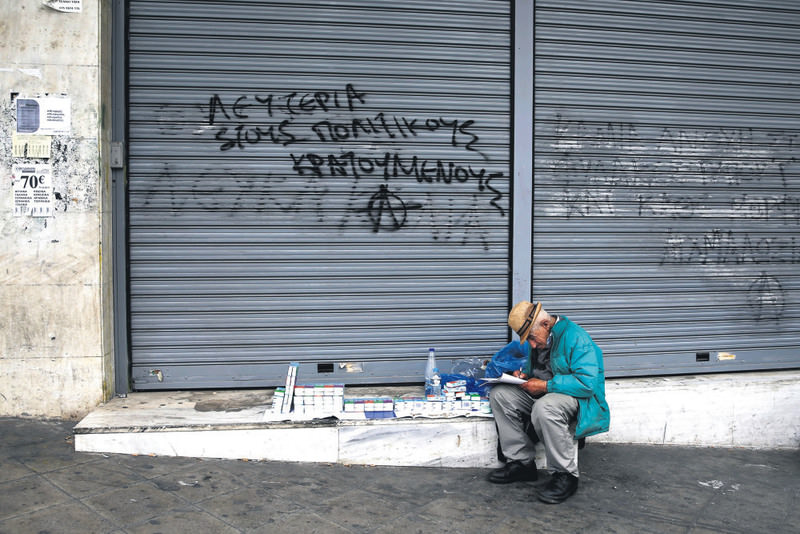 by May 26, 2015 12:00 am
A senior German official said yesterday there was no reason to believe Greece would be in default after a 300 million euro payment to the IMF falls due on June 5. Separately, eurozone officials said deputy finance ministers would hold a teleconference on Thursday to follow up on days of negotiations between representatives of Greece and creditors the International Monetary Fund (IMF), the European Central Bank and the European Commission.

Greece must repay four loans totalling 1.6 billion euros ($1.76 billion) to the IMF next month, starting with a 300 million euro payment on June 5. If no deal is reached within EU/IMF for new loans to be disbursed to Athens, Greece is likely to default on the IMF loan repayment. This would start a process that could lead Greece out of the euro zone. But in Berlin a senior German official, speaking on condition of not being named, said it was encouraging that Greece had signalled its desire to meet the looming debt obligations. "I find it encouraging, if it is true, that the Greeks signalled yesterday their desire to repay the 300 million euros to the IMF on June 5," the official said. "I think there is reason to believe that we will not be talking about a default situation around June 5, neither before or immediately thereafter."

Talks between Greece and its creditors on more funding have been dragging on since late January, when the left-wing government of Alexis Tsipras took power on promises of ending austerity and reversing some reforms agreed with the creditors by the previous government.

Despite progress on other issues, a deal cannot yet be reached because the creditors believe that to repay its huge public debt, Greece should be running a higher primary surplus, or the balance before debt servicing costs, than Athens is prepared to accept.

To achieve that surplus, the creditors believe Greece should raise its Value Added Tax rate and balance its pensions budget. Greece, however, believes a lower primary surplus would make the economy grow faster, increasing the chances of the creditors getting repaid.