U.S. likely to put pressure on EU at G7 meeting to deal with Greece 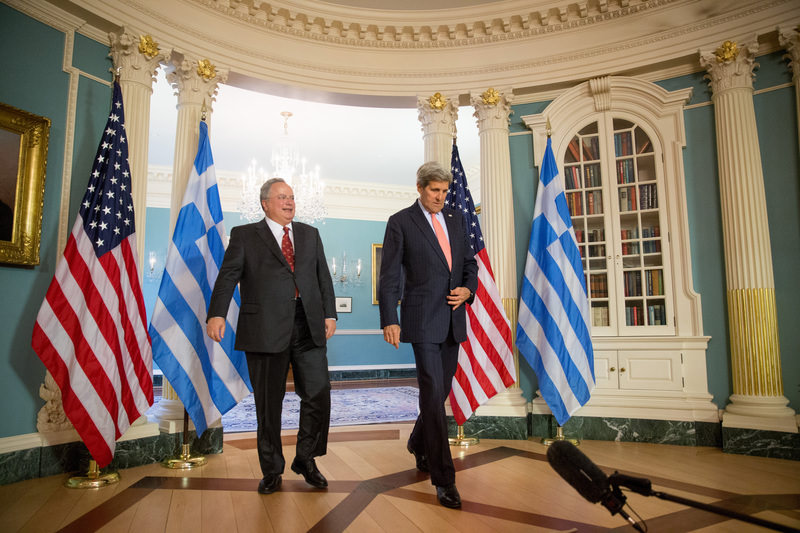 by Daily Sabah with Wires May 26, 2015 12:00 am
The United States is likely to put pressure on Europe at the G7 finance ministers meeting this week in Germany to reach a deal on funding-for-reforms with Greece, an official close to the discussions said Tuesday.

Finance ministers of the United States, Canada, Britain, Japan, Germany, France and Italy -- the G7 -- meet on Thursday and Friday in the German city of Dresden.

While Greece is not formally on the agenda, the country's financing and debt problems are likely to be discussed on the sidelines of the meeting, two officials said.

"I would expect the Americans to put pressure on the Europeans in Dresden about Greece," the official said. "The Americans are stressing the geopolitical risks and telling us we have to find a solution, that we cannot really put the euro area and Europe at risk because of Greece."

The geopolitical risks included the possibility of cash-strapped Greece turning to Russia for financial help.

"If Greece for some reason were to turn to Russia and Moscow would get involved more, they could get too much influence inside NATO and inside the EU when it comes to policies towards Russia," the official said, adding however, he saw that risk as small because Russia had bigger financial problems of its own.

Another geopolitical risk was the threat of extremist movements, inspired from the Middle East, developing in Greece.

"The regional context, grounds for extremism, Greece does have a certain tradition of extremism ... so I guess that's one consideration the Americans have," the official said.

He said that while U.S. concerns about the consequences of a failure in Greece's talks with creditors were legitimate, as they would cast a shadow over the future of the single currency project, bending to Greek demands for more money without reforms would be equally damaging.

"If Greece is bailed out without any conditions, after everything they have done, after having broken all possible commitments and not respecting any obligations, that would also have a very fundamental impact on the future and functioning of the euro zone," the official said.

Greece and its European creditors on Tuesday sought to play down fears that Athens would default on a payment to the International Monetary Fund next week.

Running short of cash to pay public sector salaries, pensions and debt obligations, senior members of Prime Minister Alexis Tsipras's government have said openly that Greece does not have the money to pay 300 million euros to the IMF on June 5.
Last Update: May 26, 2015 7:29 pm
RELATED TOPICS